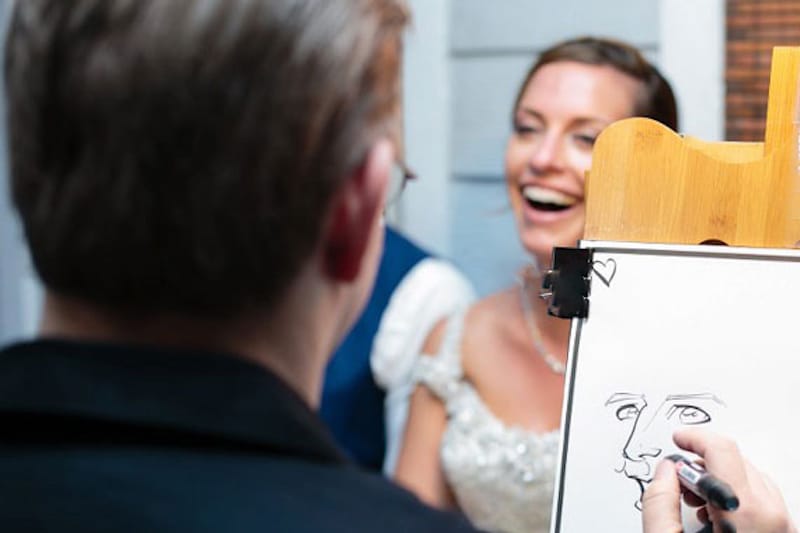 Artistic Talent Group is the nation’s premier provider of visual artists for the wedding industry. Focusing on the core principles of professionalism, customer service and quality, their team of artists is kept in high demand.

They produce the highest-quality artwork available, and their award-winning artists entertain reception guests as they create. A proud partner of the Walt Disney World Parks and Resorts since 1997, Artistic Talent Group brings an artistic touch for your special day.

Couples LOVE that the artwork created is part of their guest’s entertainment, as well as a personalized wedding favor. A unique gift from the bride and groom to remember their special day! 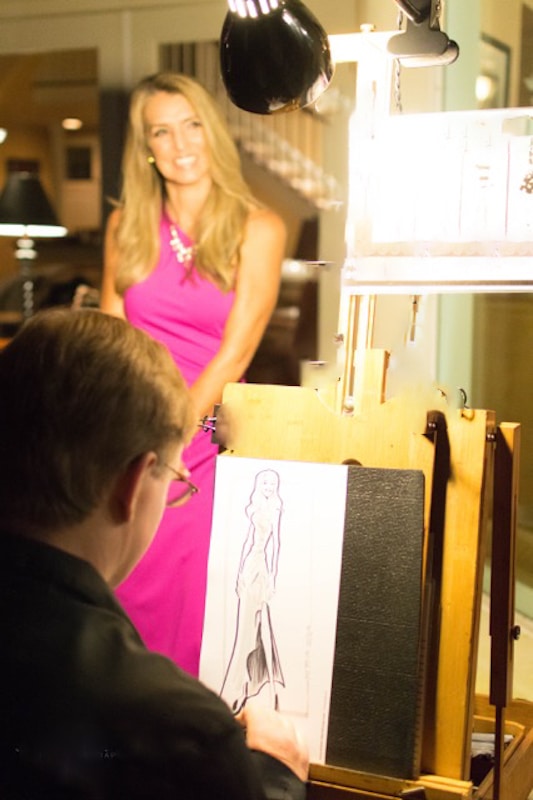 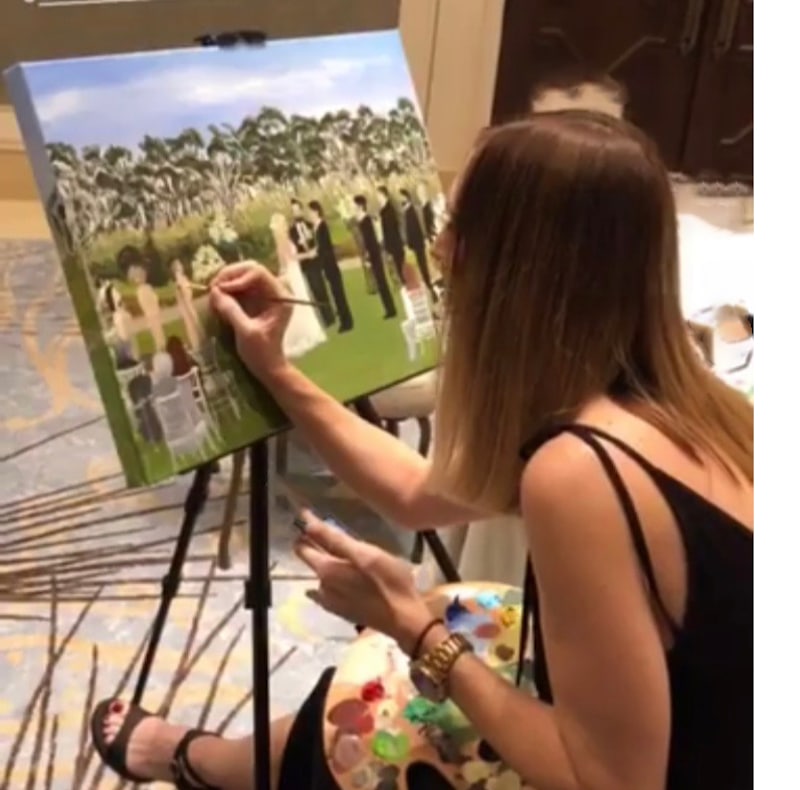 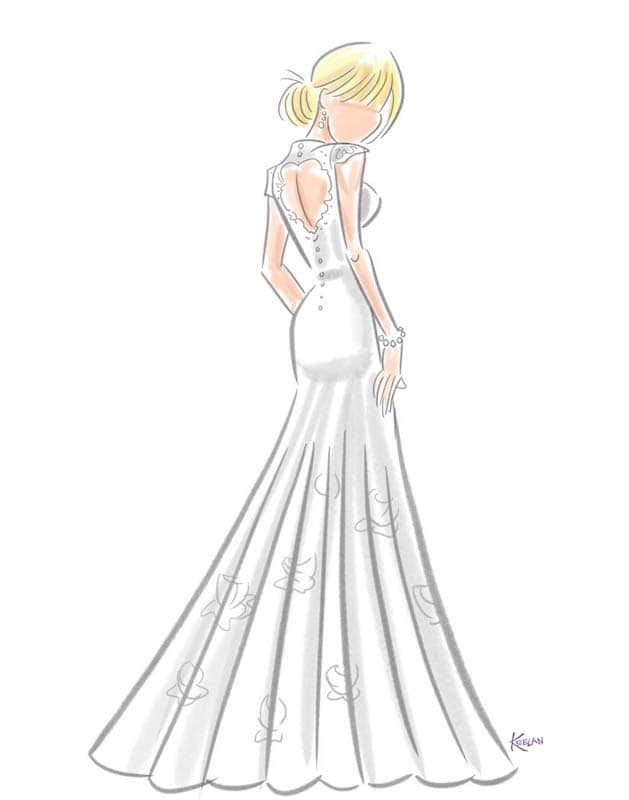 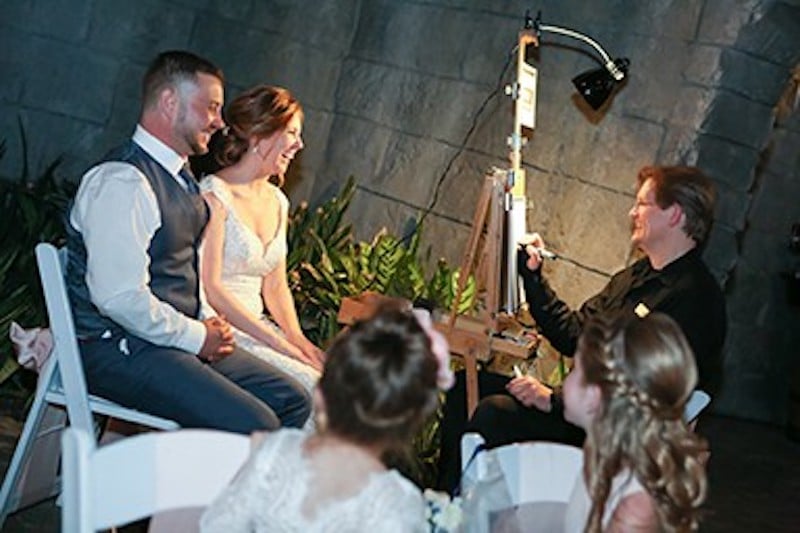 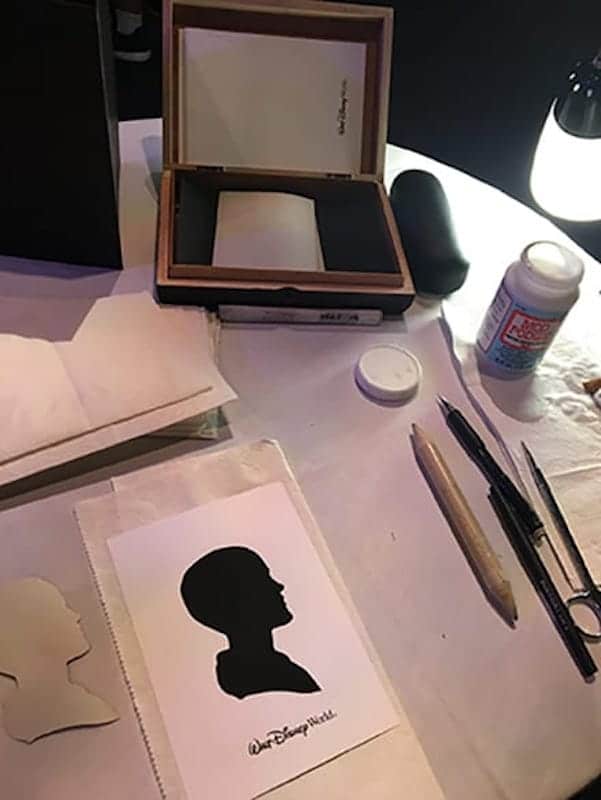 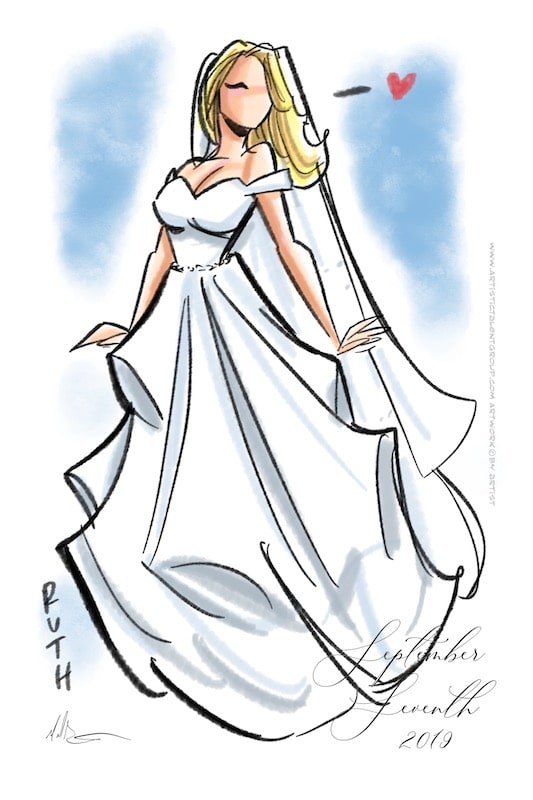 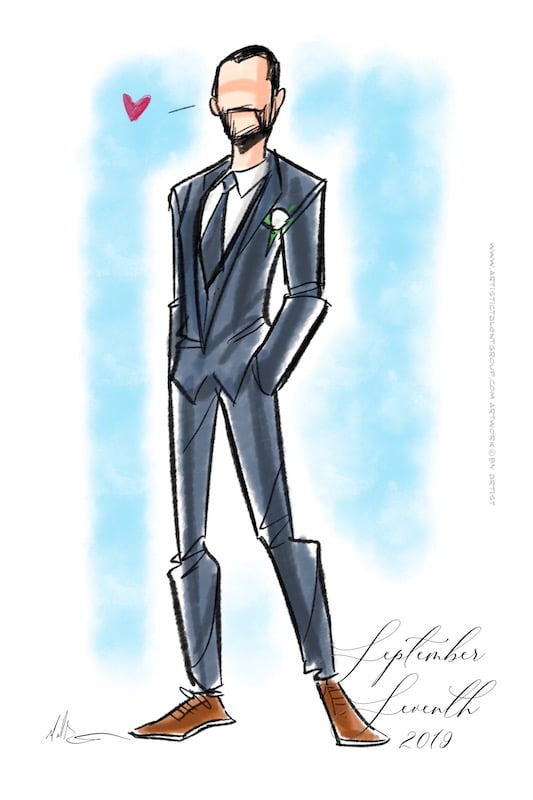 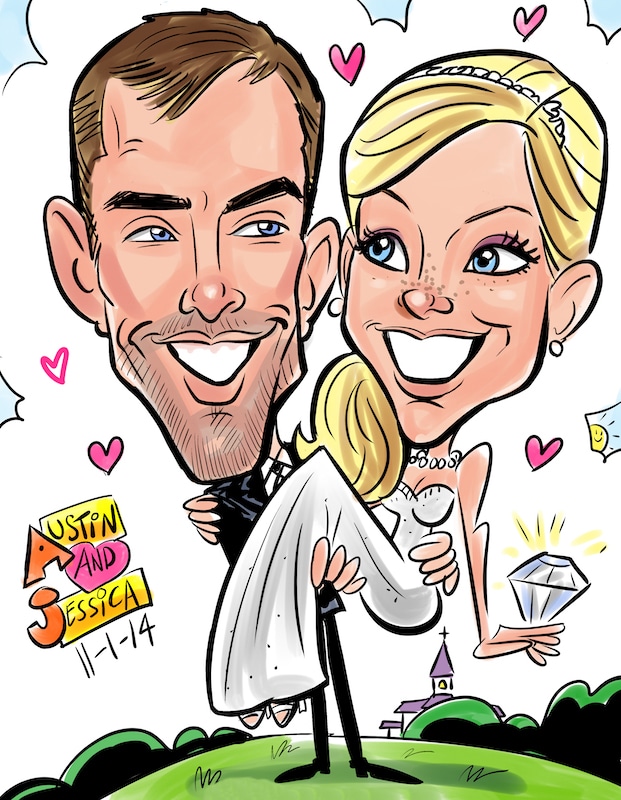 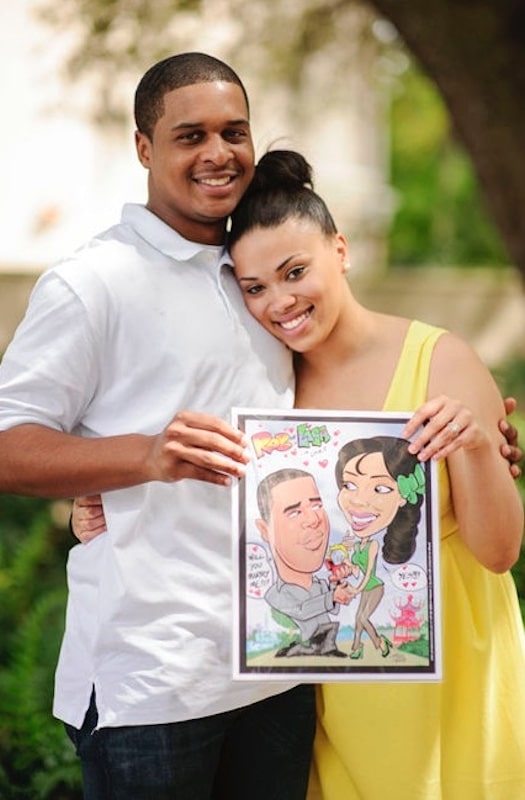 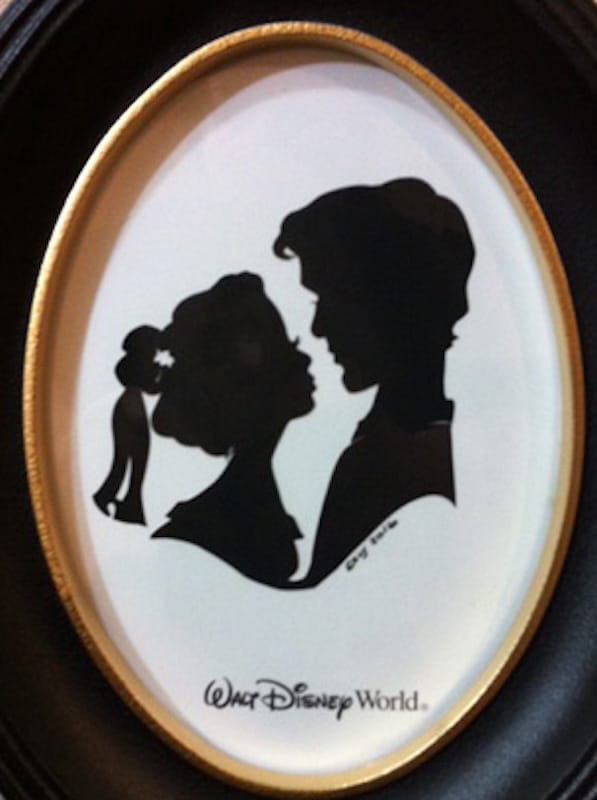 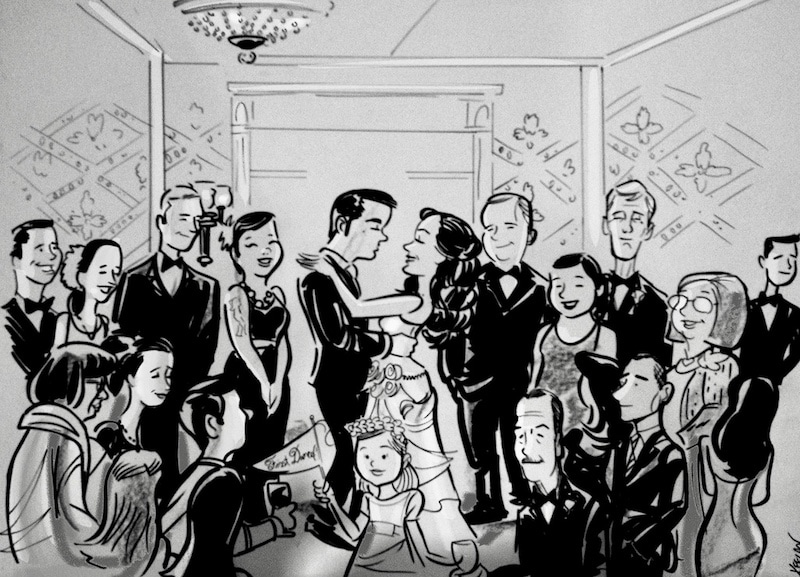 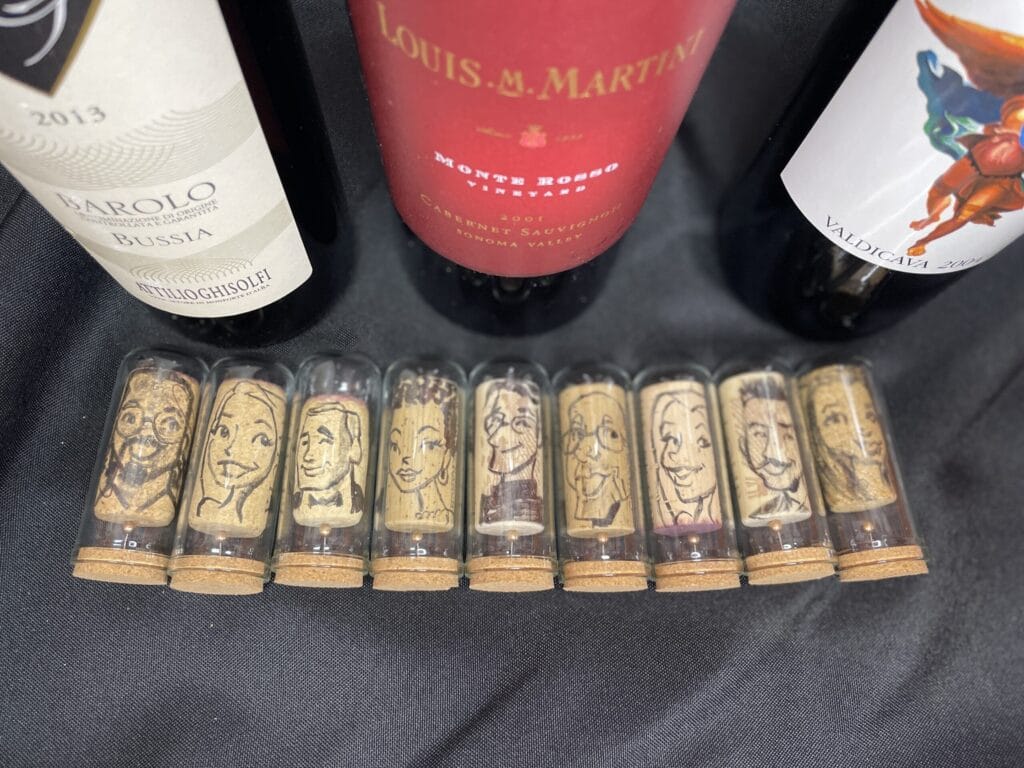 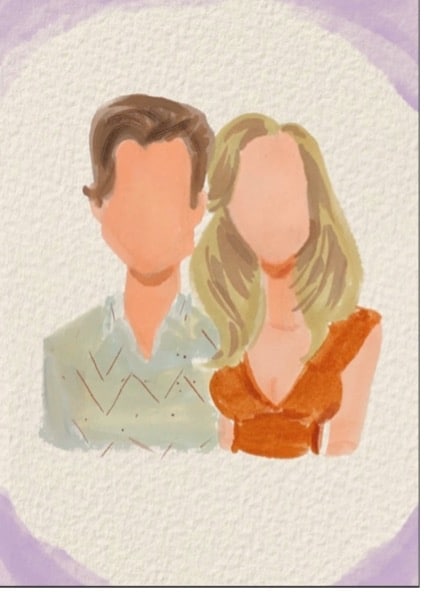 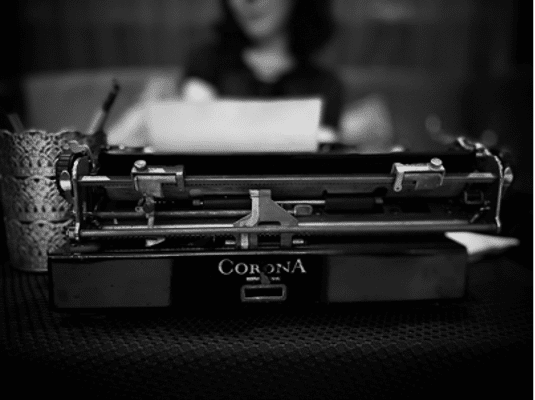 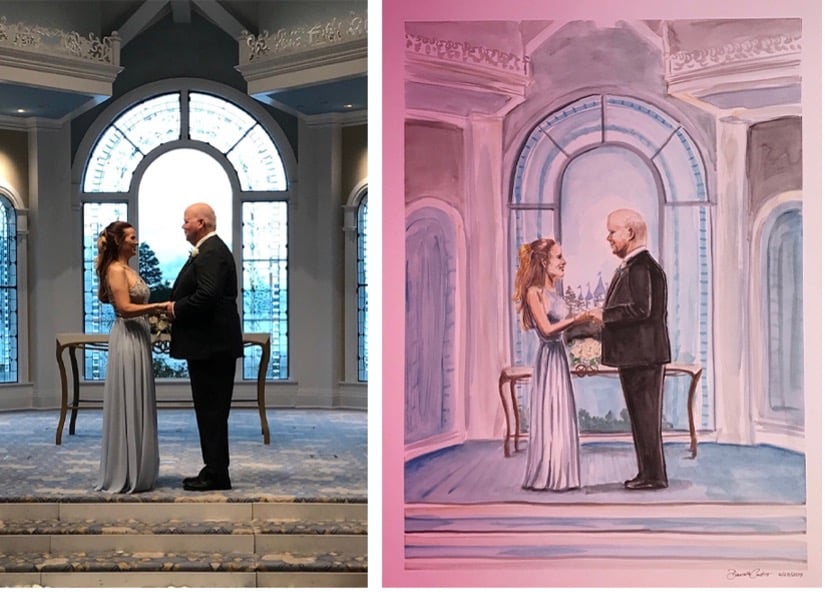 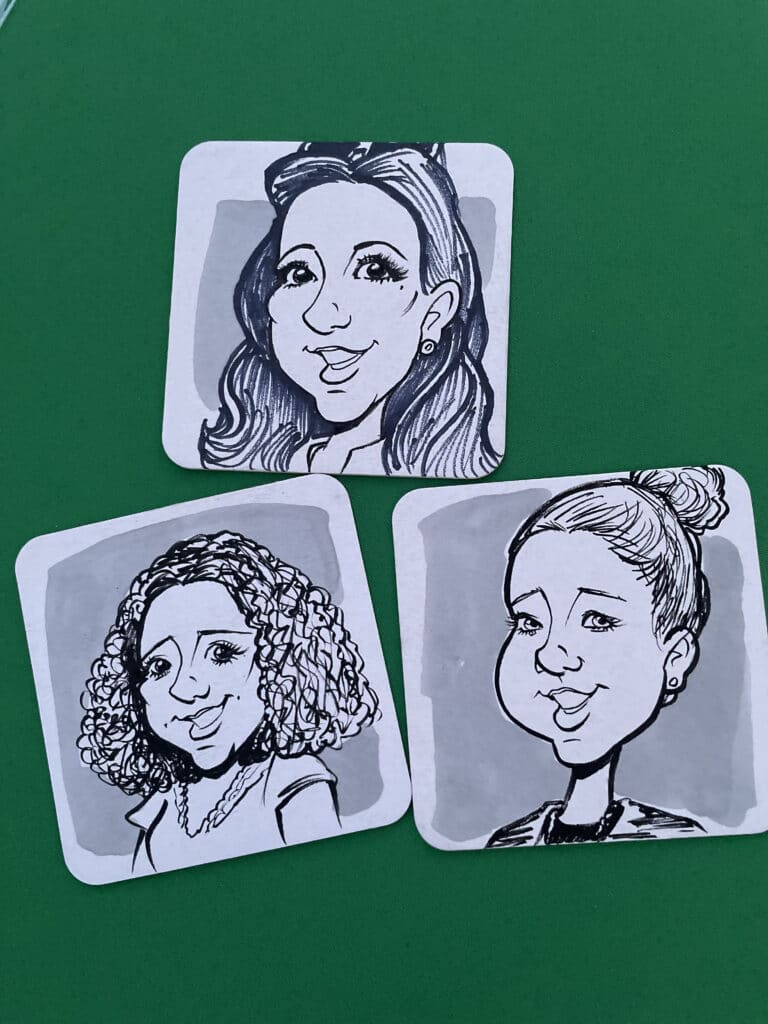 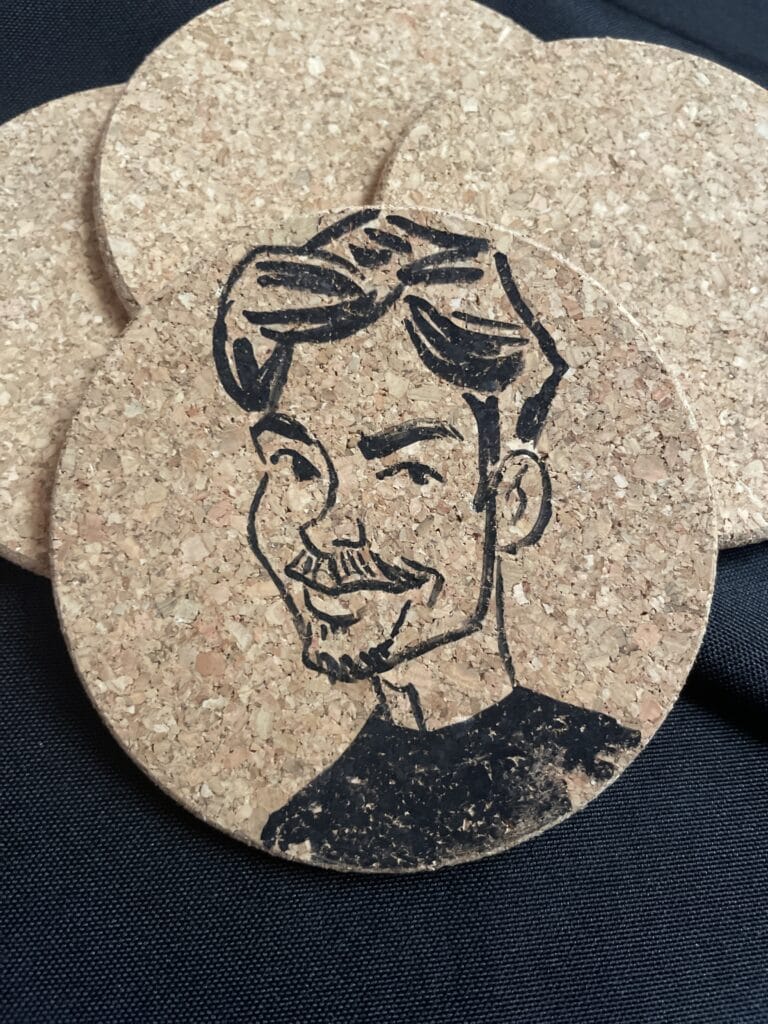 Artistic Talent Group is based in Orlando, FL but we offer artistic services for events throughout the United States.

How would you define your "style"?

We produce high-quality artwork with excellent likenesses, and our award-winning artists entertain while they draw. Each artist enjoys performing at special events all over the USA, and at our several retail locations, including one at Walt Disney World’s Animal Kingdom.

What does the process of working with your company look like?

We are the only state-licensed Talent Agency that exclusively represents visual ARTISTS. You can rest assured that any Artist backed by the Artistic Talent Group will impress. We have incredibly high standards for our Artists. Reserving an Artist at least two weeks in advance is best to ensure availability. Some art styles are more unique than others. The more unique the artwork, the fewer the Artists we have available. Once you have decided which artist(s) would be a fit for your wedding, please reach out for pricing and availability. At that time, we will place a complimentary hold for you and answer any questions. When all the details have been sorted out, we will issue the service agreement and collect any due monies. Once your artist(s) has been assigned, we will reach out to provide you with a name and contact information. You will never have a “no show” when booking through ATG! We have an enormous roster of artists trained in more than one art style. If an unforeseen problem occurs, such as a flat tire, illness, or emergency, we send another Artist as a replacement. Remember ART. It’s what we do. It’s ALL we do!

What is included in your most popular packages?

All Artists are paid a flat hourly or performance fee which includes all artwork created during your wedding. Several Artists can customize/brand their paper with your wedding date and names (upgrade fee). We offer several custom items for the completed artwork, such as Art Protectors, Bags, and Frames. These items make it easy for your wedding guests to travel with their artwork. They also assist in protecting the artwork from accidental spills and damage (Upgrade fee).

We are licensed and insured by the state for the protection of our clients. Our Talent Agency license is TA#780.

Reach out to find out more about us.

What's a fun or unusual fact about you or your company?

The owners of Artistic Talent Group, Keelan and Barbara Parham, have quite the story and quite the love story. Barbara, who has always gone by the nickname “Barbie,” was 19 years old when she met Keelan. Barbie watched as Keelan competed onstage as an Elvis impersonator. (Yes, you read that correctly) He needed to win the top prize to pay his rent. He DID win, but as time passed, they quickly realized that being an Elvis Tribute Artist wouldn’t pay the bills. Keelan came across an advertisement in the local paper and applied for a job as a Caricature Artist at Disney World. He had always been an artist, but a “starving” one. Keelan graduated from Savannah College of Art and Design, and Barbie knew he had the artistic talent to draw ANYTHING. Fast forward to his first day on the job. At the end of the day, he told Barbie, “I hated it. I’m not going back.” But, with a little nudging and encouragement from Barbie, Keelan reluctantly returned to the caricature job the next day. After sticking to it for a couple of weeks, Keelan became fascinated with the art of Caricature. This was not an art form he had learned in college, and there was no formal training in his new position. Regardless, he jumped in and taught himself how to do it. He embraced the opportunity to use his art skills to entertain theme park Guests and create lasting memories for them! Keelan and Barbie were married in 1993. They joke that they are the perfect team because Keelan is ALL right-brained and Barbie is ALL left-brained. The couple’s entrepreneurial spirit and creative passion led them to open a small Caricature kiosk at the Pointe Orlando shopping complex in 1997. Hundreds of thousands of Caricature drawings later, the Parhams now own and operate 12 retail locations across Walt Disney World Resort property. They’ve partnered with Disney since 1998 and opened their first theme park location, Animal Kingdom, in 1999. Two decades later, they opened their first brick-and-mortar storefront, The Art Corner, at Disney Springs in early 2019. The Parhams’ vision, right from the beginning, was to bring artists out of their studios and into the spotlight where people could be entertained by their talents. Providing artwork at retail kiosks is one arm of the business, but there is also an extremely successful talent agency. Artistic Talent Group (Talent Agency License #780) introduces the talents of hundreds of artists to the special events industry across the United States. Providing everything from Classic Caricatures to Graphic Recording, over 60 unique artists are available. Artistic Talent Group is a proud member of the International Live Events Association (ILEA), Visit Orlando, National Association of Catering and Events (NACE). Keelan is a member of the National Cartoonist’s Society (NCS) and the International Society of Caricature Artists (ISCA). The Parhams have also served on the boards of the ILEA (Barbara) and ISCA (Keelan) organizations. Keelan is the author of the book “Let’s Toon Caricatures.” It has inspired many budding artists to enter the world of caricature.

What are some of the best compliments you've received from your clients?

Working with the Artistic Talent Group was great! We hired two caricature artists and one calligrapher and were blown away by their work. Everyone was so professional and incredibly accommodating. Will definitely be reaching out to them again for business! I have worked with a number of different artists from Artistic Talent Group and each of them have been incredibly talented and extremely professional. The caricaturists are personable and speedy and their work is fun and whimsical. The air brush artists work like the speed of light - creating hats and shirts for guests to enjoy. Artistic Talent Group is the first place I go to for artists because they are all so talented and fun to work with. They get my highest recommendations The artists were great - the kids loved having themselves drawn - it was wonderful the way the artists were so enthusiastic with each student - the evening was a great success! P.S. I have another Senior graduating next year and I will HIGHLY recommend we do this again! We really enjoyed him - he gave his all and I mean “all”! Thanks for everything! Your artist was an absolute hit! Our clients all remarked about how good he was and how fast! We will have to have you guys back again next year. I heard so many people talking about, not only how he got everyone's likenesses down, but how beautiful the finished pieces were. I actually got to see him work on our main client. It was terrific. In years past, when we've used other companies, she never thought her caricature looked like her. She thought this one did. He was so good, he always had a line! And also, thank you for being so flexible, I know this was kind of a last minute booking. I really appreciate all of your help and professionalism! Many thanks to your artists, our Bat Mitzvah was a HUGE success. The two artists you sent to us couldn't have been more pleasant and they were absolutely WONDERFUL. Thank you for making our event such a great one!!