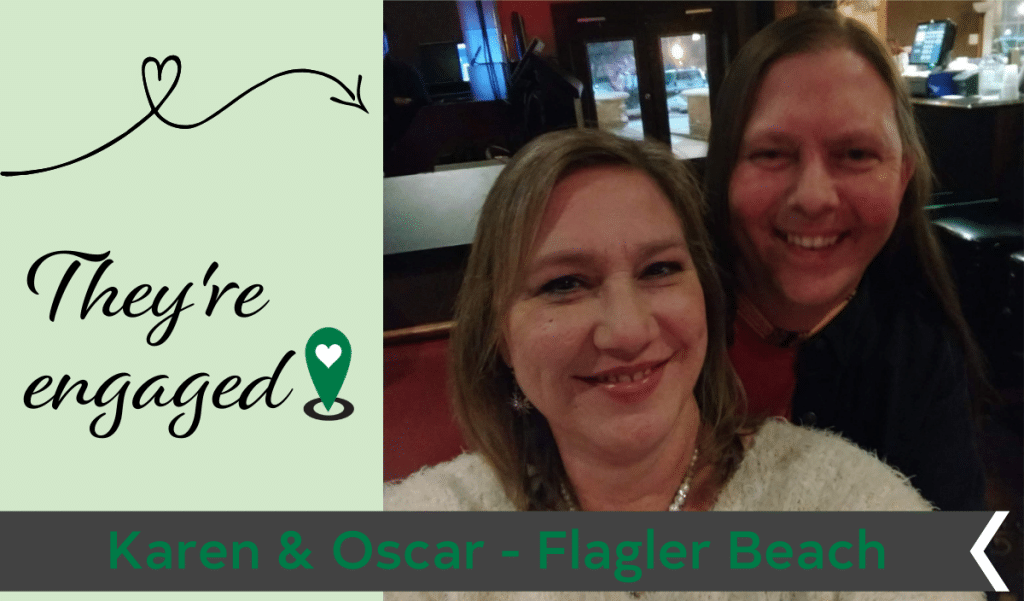 We love a long-distance marriage proposal story, don’t you? In the past, long-distance relationships were seen as something that was impossible to maintain because of the lack of physical contact between partners. However, with the rise in technology and communication tools such as Skype or FaceTime, this type of relationship has become more common than ever before. When we heard how Karen & Oscar made it work, we were excited to share.

It all started with my “ditto” response to something he posted on Facebook in November 2018. We became FB friends through mutual friends. He contacted me and asked me out after my response and we actually met at the beginning of December in Apple Valley, MN at a venue where local band Them Pesky Kids were playing. He smiled when he turned around.  We kissed a lot and I stayed at his place due to a snowstorm. He was attentive and very respectful.

Live music venues and we both love music – he even plays guitar. We love cooking, Renaissance festivals, coffee, and a love for the Swedish chef on muppets. 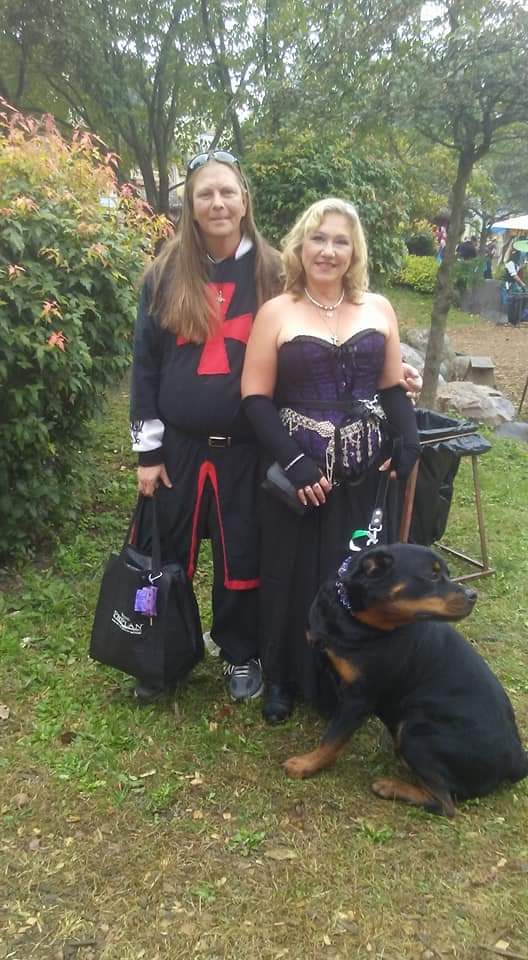 He actually never officially asked but during Christmas 2019, he gave me a necklace for his ‘wife to be’. He was referring to me as his wife when talking to fellow employees at his job. He officially proposed September 1st, 2020 by giving me his grandmother’s gold ring before he left to return to his home country of Sweden as I was selling my house in Minnesota and moving to Florida.

We officially announced it to the public on Facebook on March 12th of this year and he has his flight booked to return to me in Florida on April 28th for which I cannot wait!! Originally neither one of us ever planned or intended to get married again as we were both divorced after long-term marriages my prior marriage lasted 26 years. 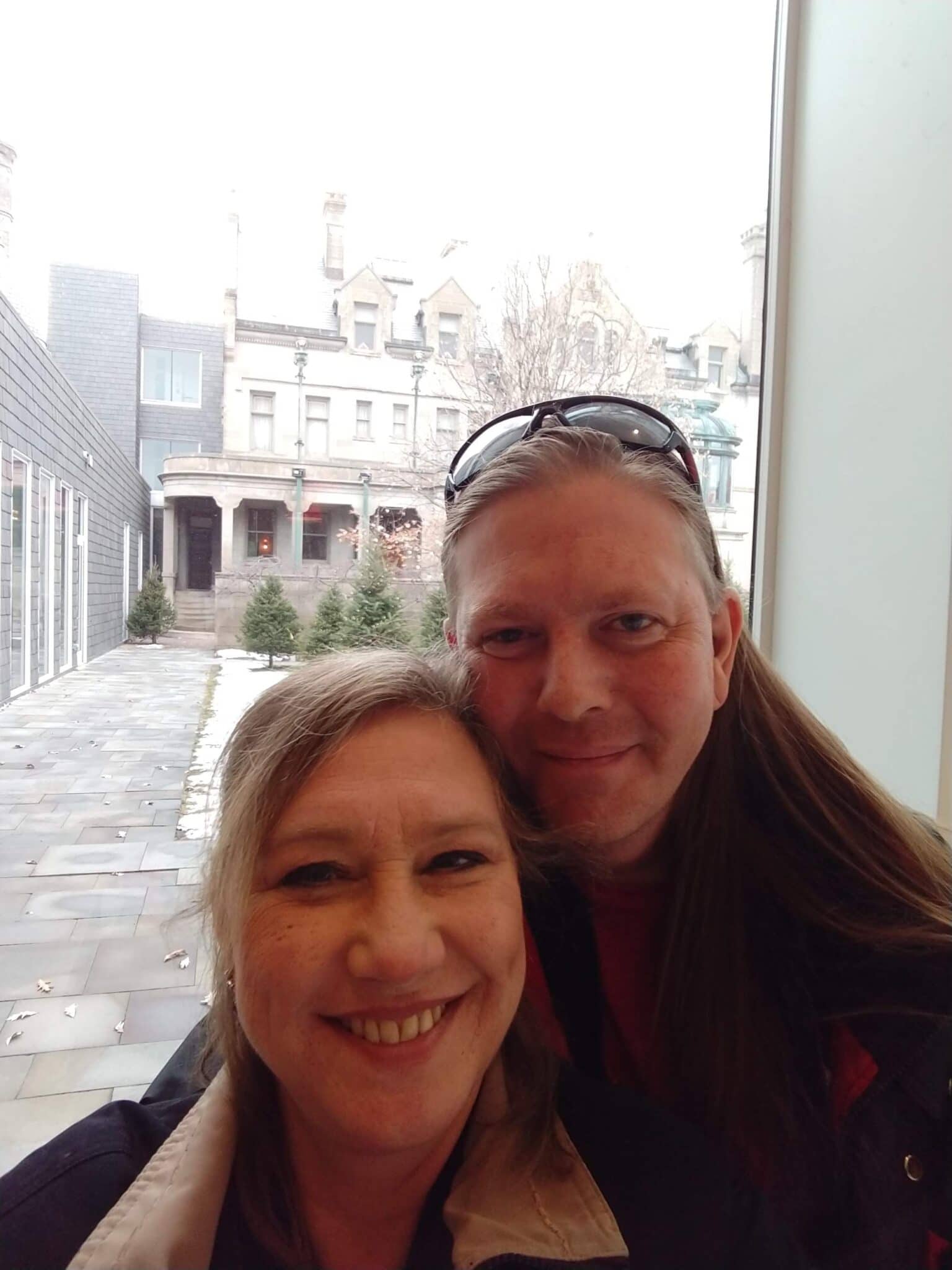 Probably when he officially proposed because he wanted to be engaged and stated that someday he intended to officially marry me.

I think that finding that both of us want to actually marry each other because neither one of us actually intended to remarry.

Actually, the most enjoyable thing about being engaged is knowing we have set a date and that I am getting things ready for the big day.

I’m excited about my custom-made dress and I’m making my own bouquet. I am hoping to see a lot of friends and family from out of state, especially Minnesota, attend our wedding.

Flagler Beach on the beach.

Because it will be a beautiful spot for both of us to have a new beginning.

At this point, I have no idea anywhere between 100 to probably 75 people.

I am shopping and purchasing everything for the wedding and reception. I like shopping sales and I’m very frugal and thrifty. I want my wedding to look like a million dollars but actually on a very small budget.

We are doing a Renaissance fairy tale type dress but just a very traditional wedding otherwise we will be doing the Celtic handfasting.

Do you have any advice for our Wedding Venue Map readers planning their wedding?

Start early, know what both of you want, and don’t get stressed out it’s not worth it. Enjoy the moment. If you don’t want to or you will get stressed out hire a wedding planner who will take care of all the details for you. 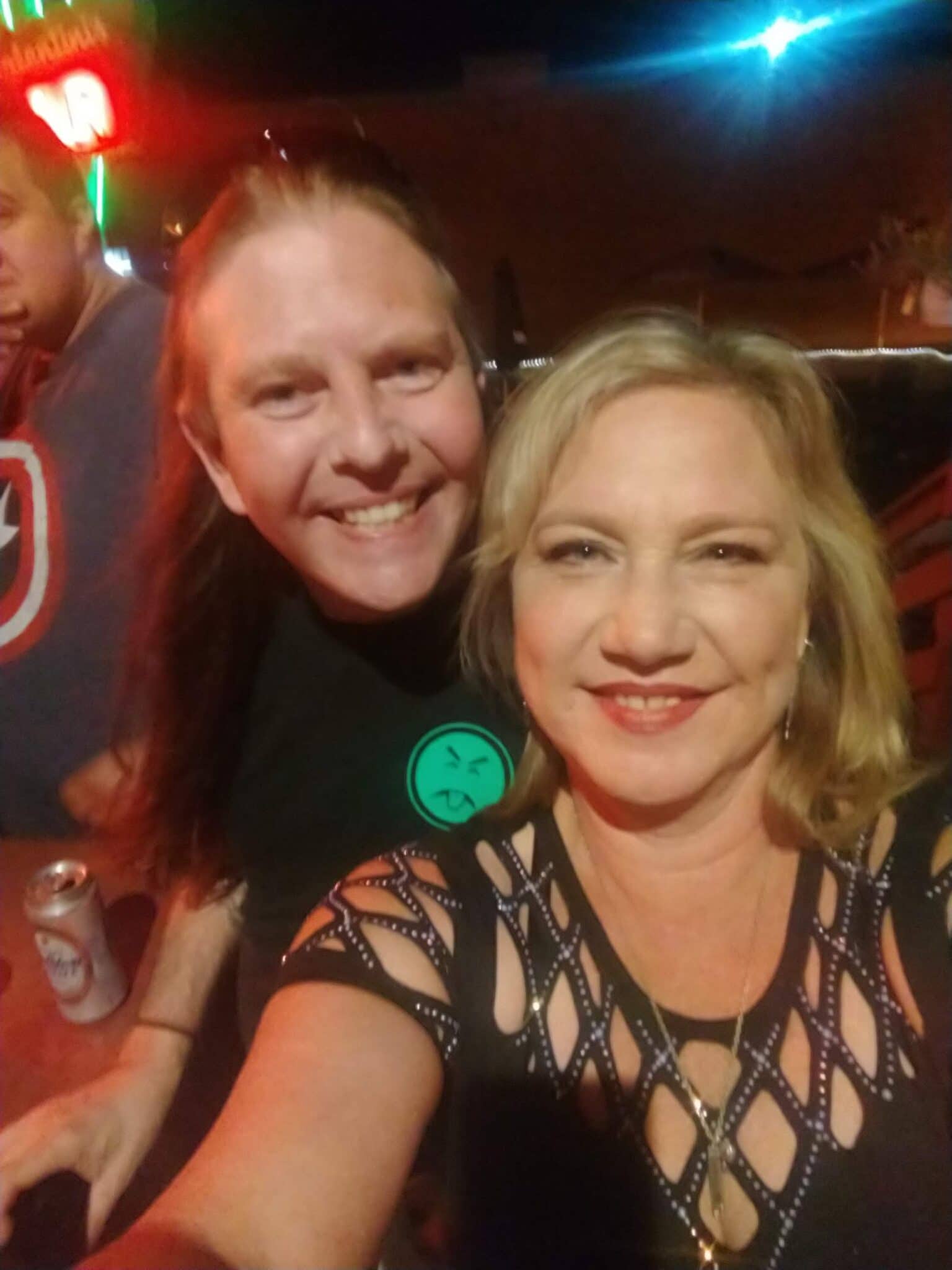