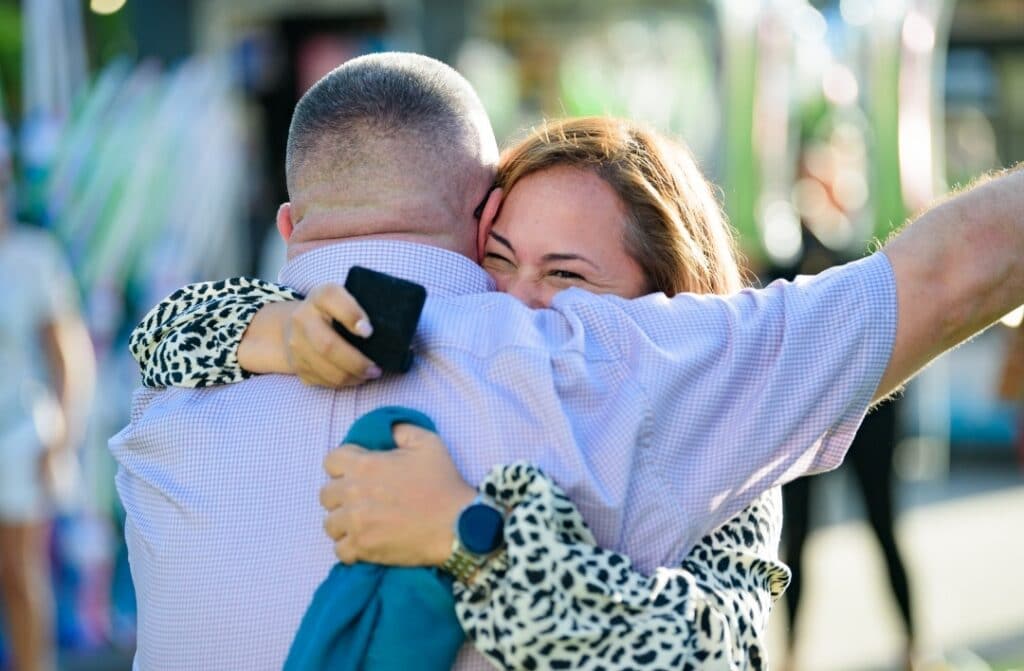 We love a great Ferris wheel proposal story, don’t you? When we saw these amazing photos, we knew that we wanted to feature Jessica & Carlos’ Orlando Eye marriage proposal story. 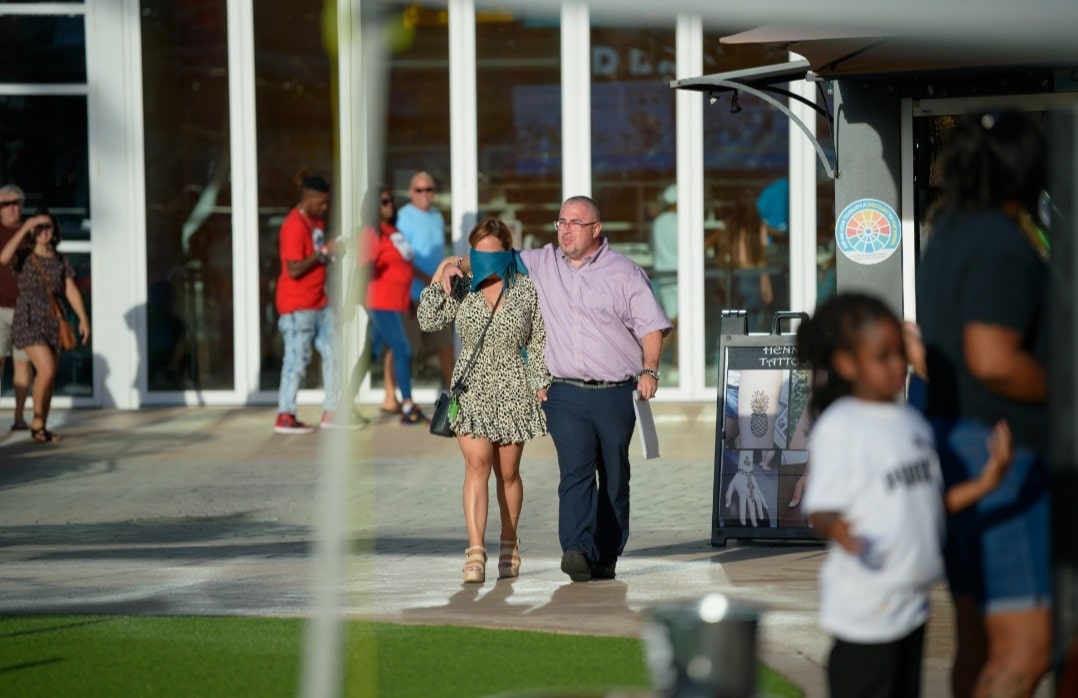 We like to watch Netflix series and hang out with family and friends. 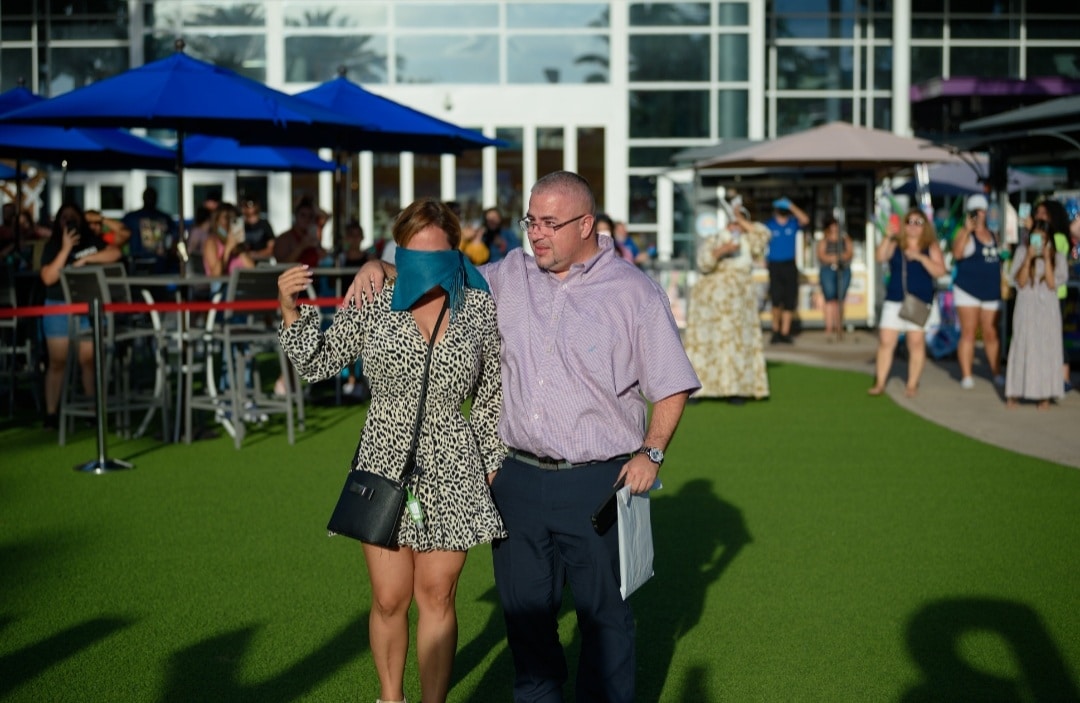 Did anyone help with the Orlando Eye marriage proposal?

Well, my now fiance told me we had some free tickets to ride the Orlando Eye. So we had a drink we went on the wheel and he kept texting which I thought was work-related. Once our ride was over we went to the bathroom and when he came out he had a teal scarf that we put over my eyes and told me to trust him. 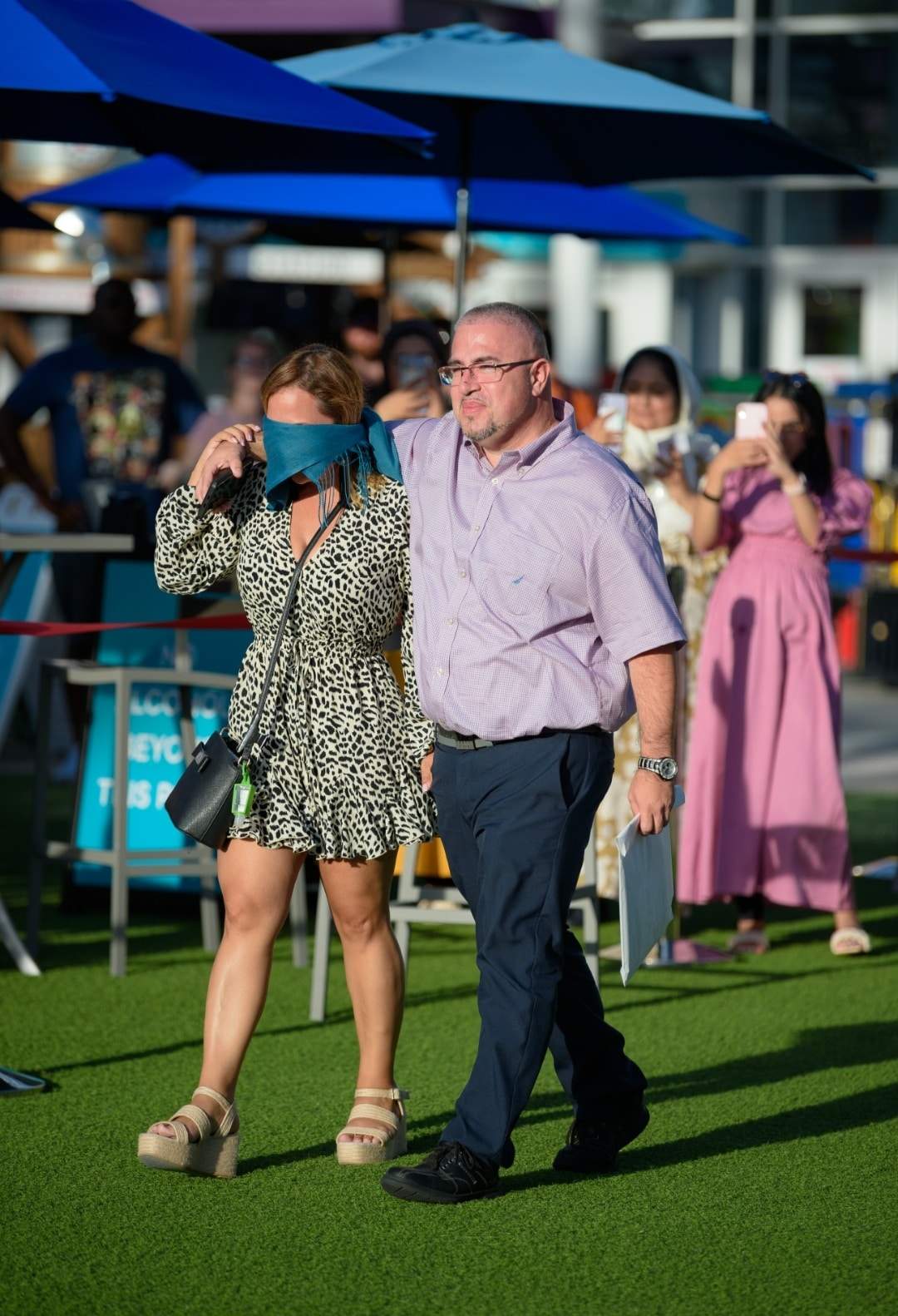 As we keep walking he starts playing “Will you marry me” by Bruno Mars, told me to count to 10 and then take off the scarf. When I did, all my friends were holding balloons saying MARRY ME once I turned around he was on one knee asking me to marry him! 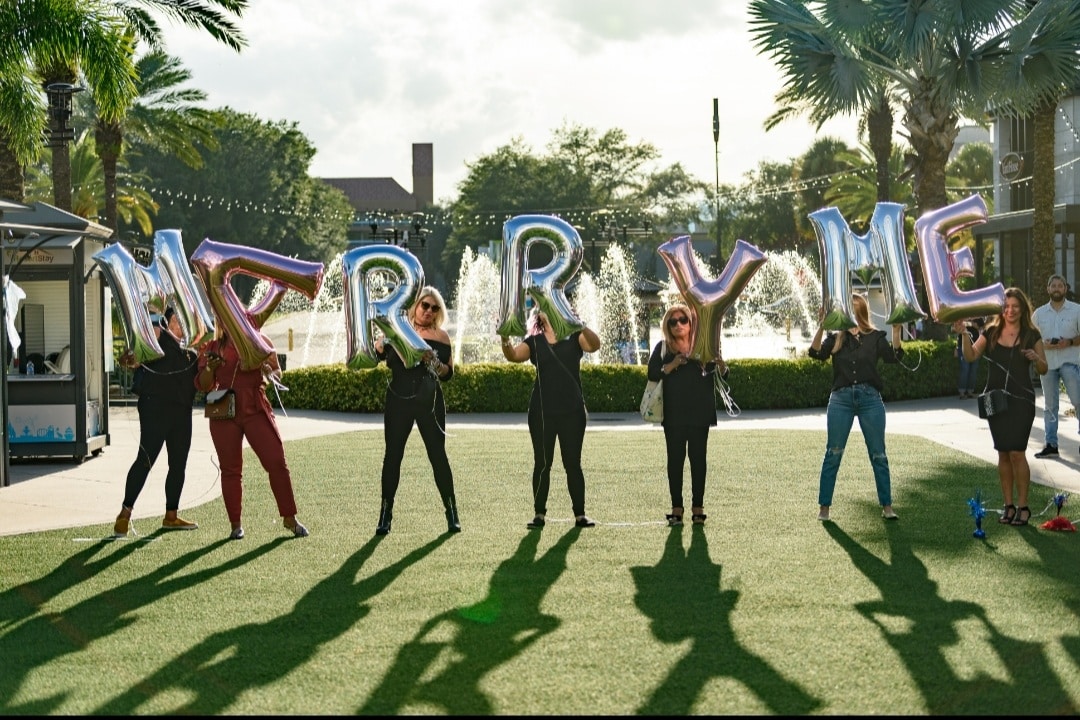 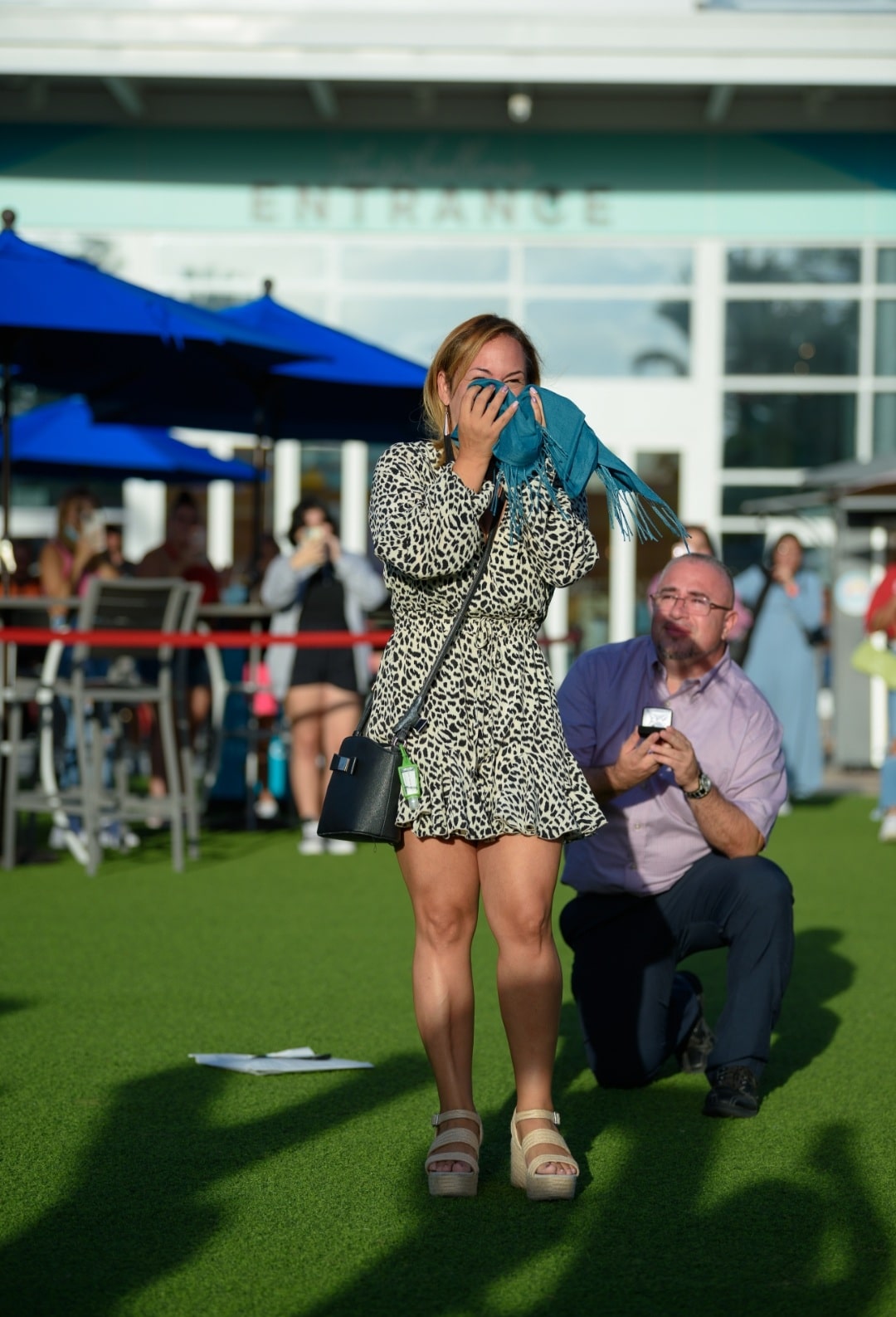 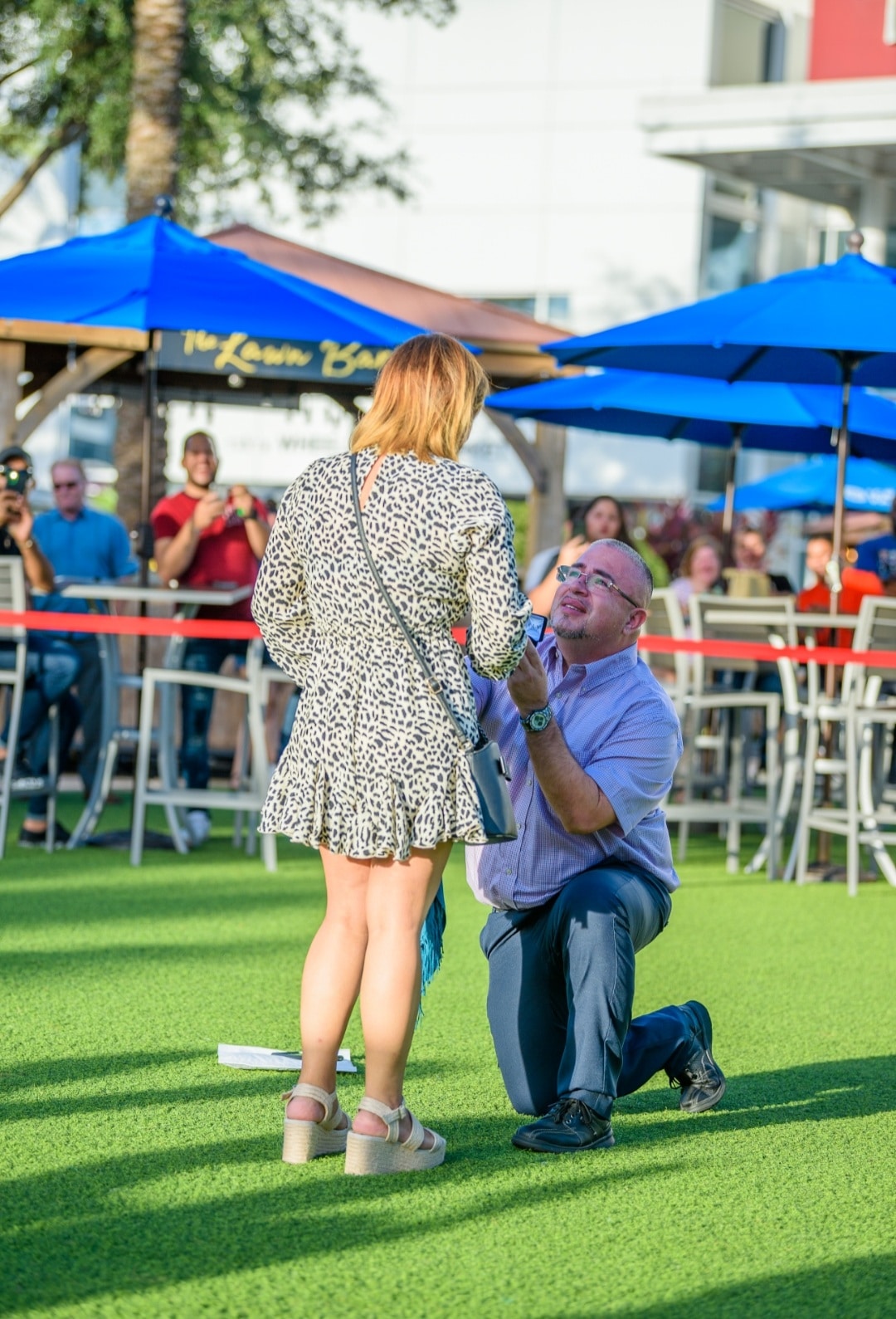 Once the crazy ended I heard that while we were up on the wheel one of the balloons flew off and a guy who we don’t know improvised and got a whiteboard and wrote the letter “E” to make up for it. 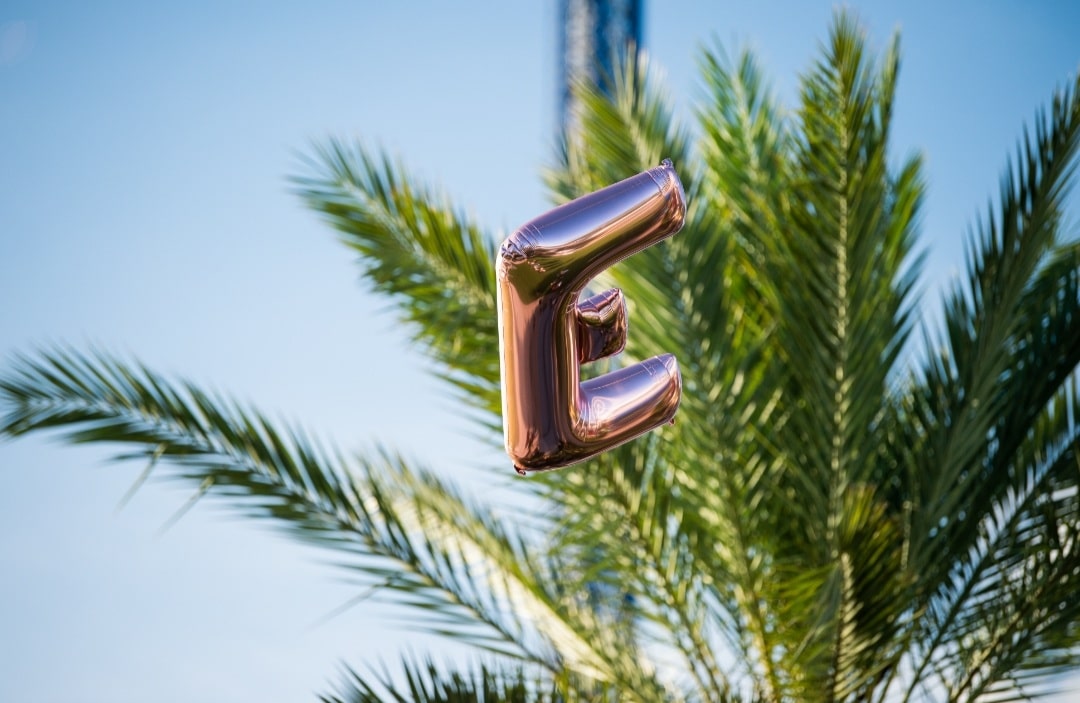 Also, there was a kid singing and playing music my friends had asked him to sing and play the Bruno mars song, which he did twice but because the wheel took so long I never heard it! Anyway, it was BY FAR the best surprise I’ve ever gotten.

I think being able to be surprised, usually, someone ALWAYS messes it up by phone call or something, but this was truly a surprise! 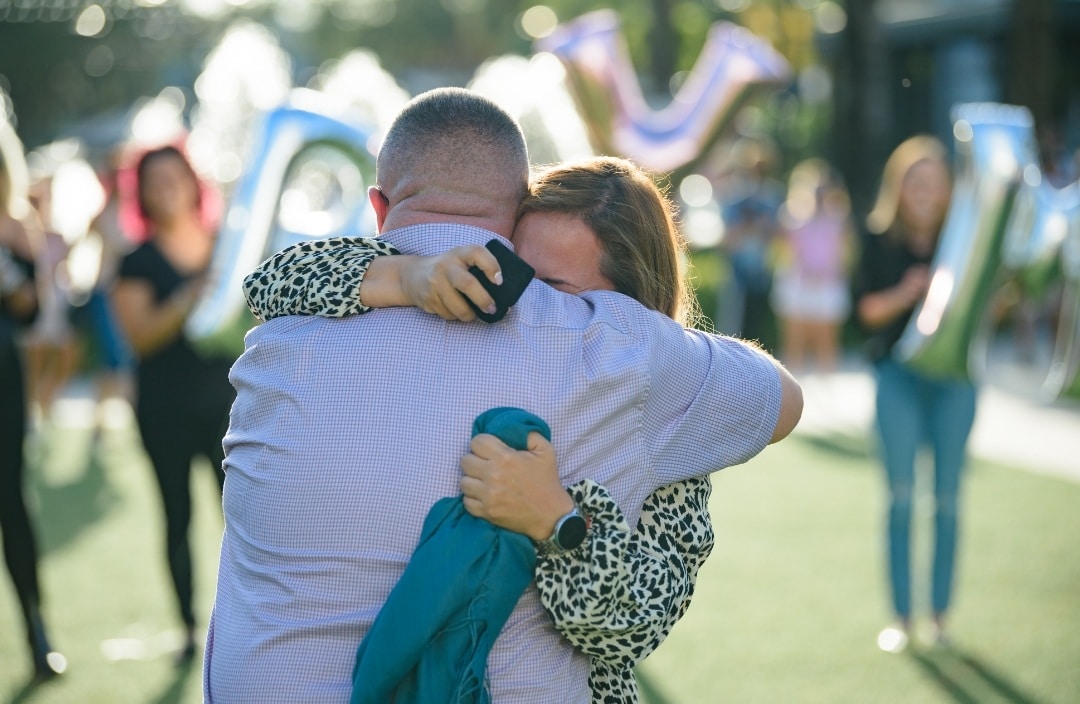 No one in particular everyone found out through Facebook.

I am in love with my ring! It is a 2 tone rose gold and the wedding bands will be white gold with lots of bling. 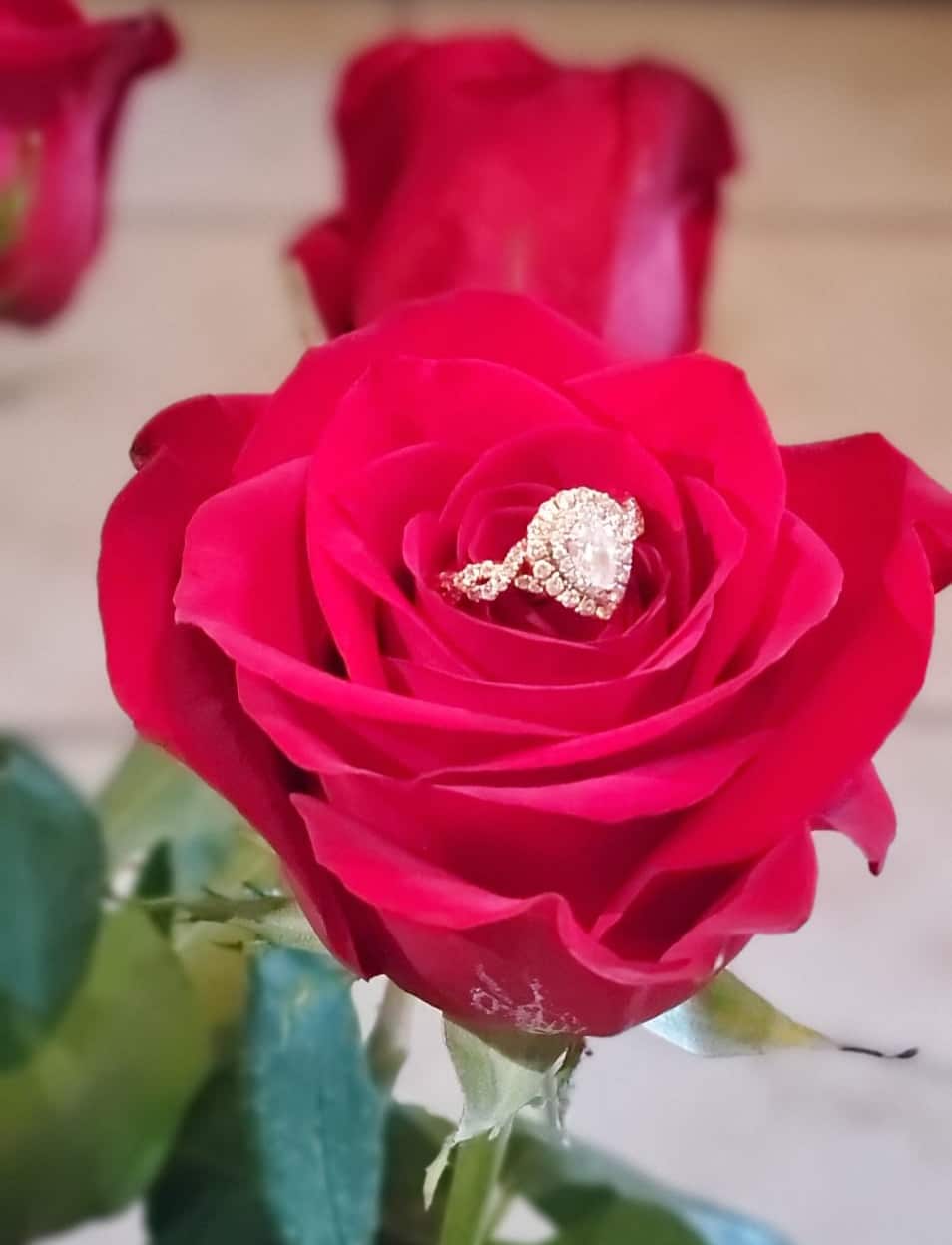 It is private and the venue is GORGEOUS. 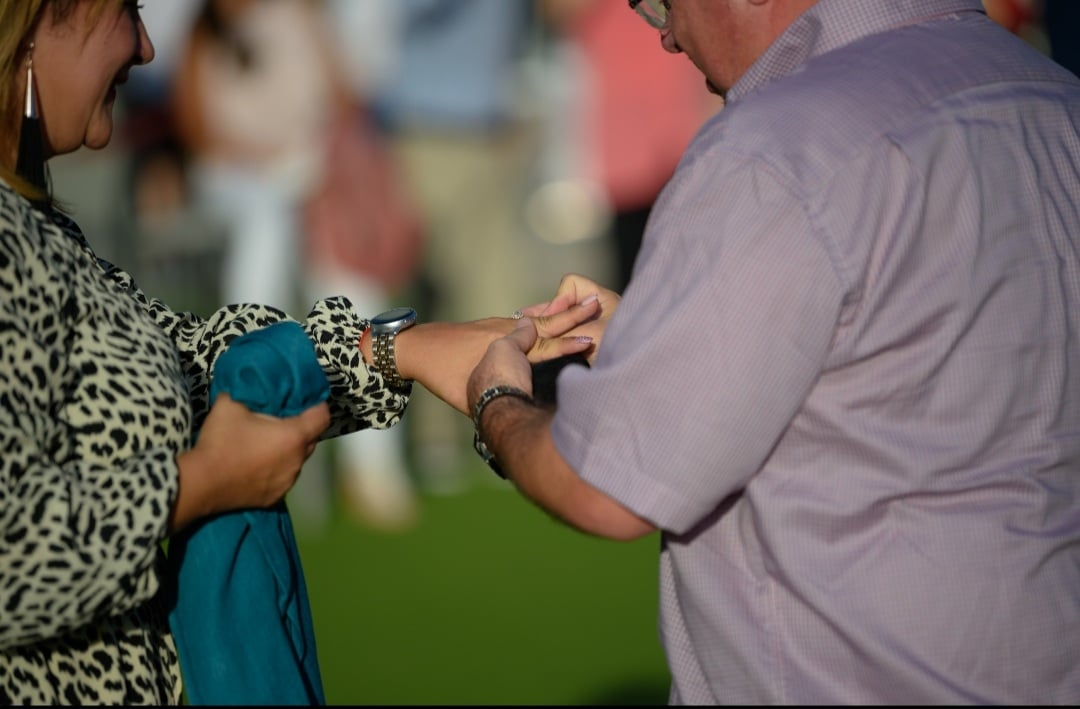