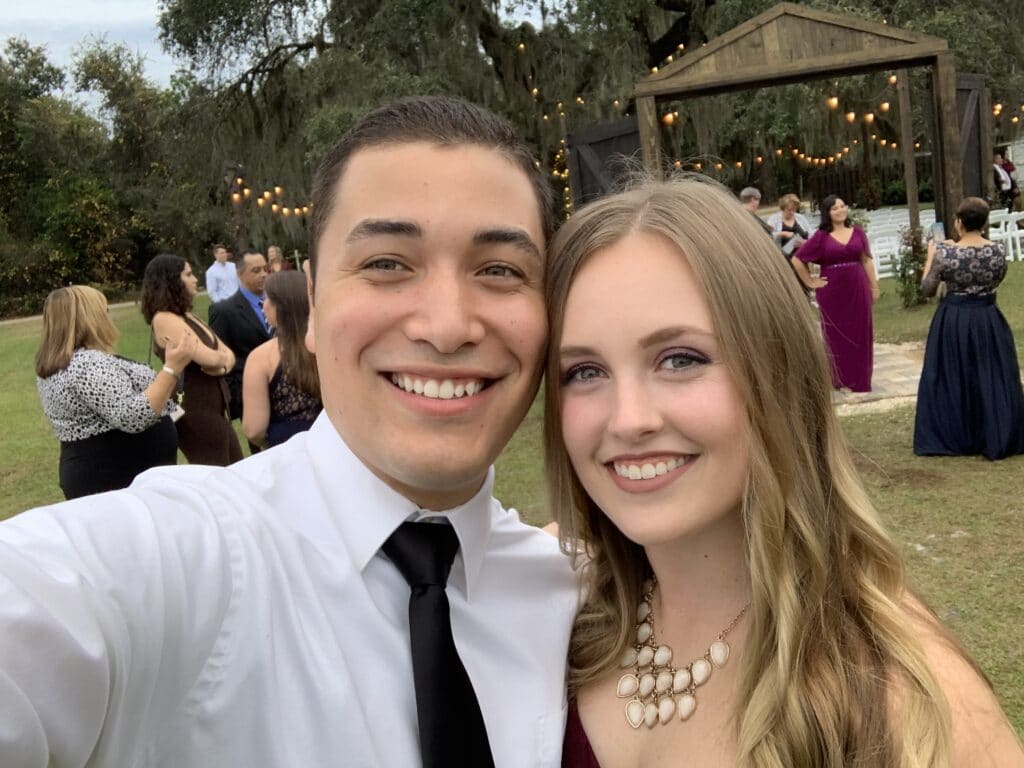 We actually met at work. I transferred to his department and it was my first day, we both remember seeing each other for the first time thinking “Wow who is that!” Just like that, a few weeks later we started dating. 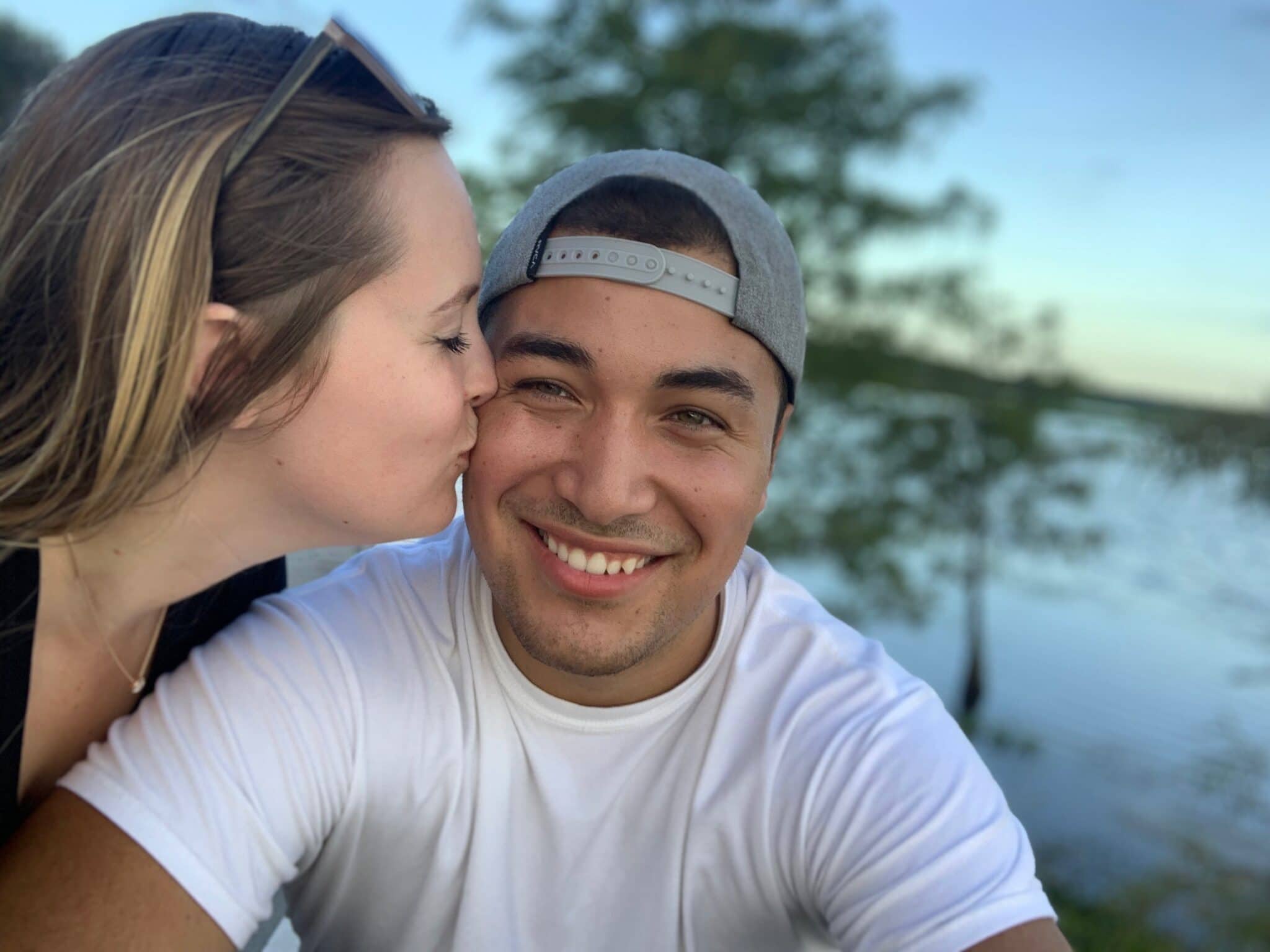 We love doing anything adventurous together like traveling, hiking, or just being outdoors.

We were together for over three years before getting engaged. 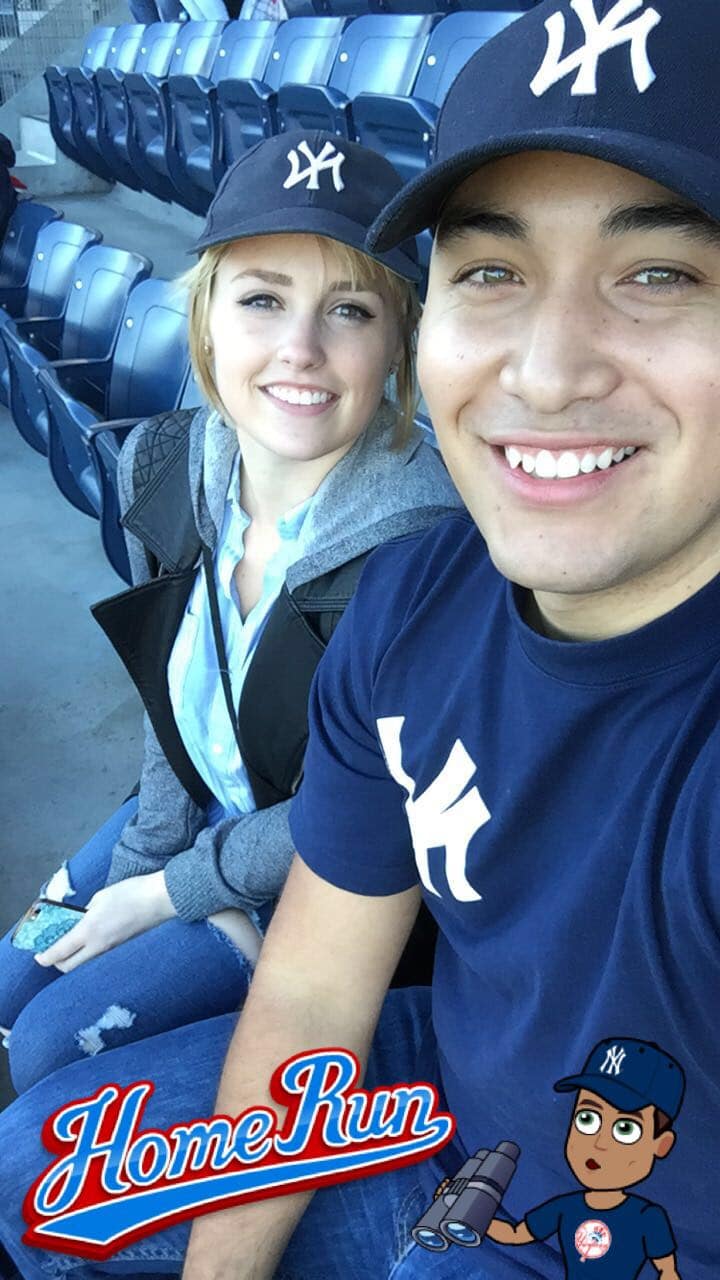 Did anyone help with the Puerto Rico marriage proposal?

Some of our friends were there while it happened!

After attending his best friend’s wedding in Puerto Rico where he actually caught the garter (the day before), we went hiking in El Yunque with everyone. We found a nice waterfall full of people but I found a secret path on the side. I started climbing and the whole group followed including my soon-to-be fiancé who got lost at one point. We all started yelling until we found each other and ended up at a beautiful private waterfall! 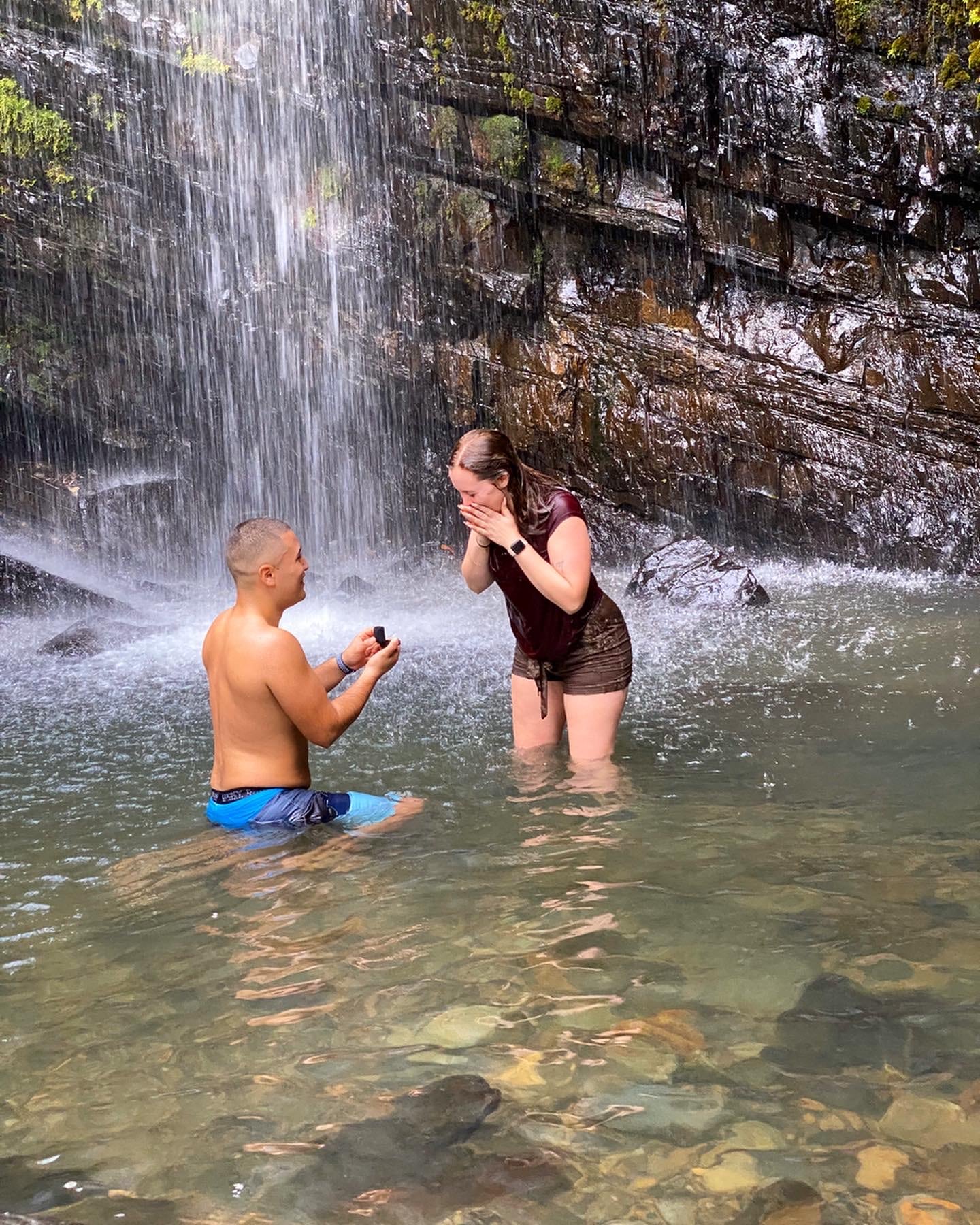 Everyone told us to go in for a picture so we both got in the freezing water, I turned around to pose to see he was already on his knee with the ring in his hand. I stared at him then at everyone then back at him speechless! It took me a minute to realize what was happening and I just wanted to pause that moment forever. It felt so magical and so perfect, definitely the best day ever! 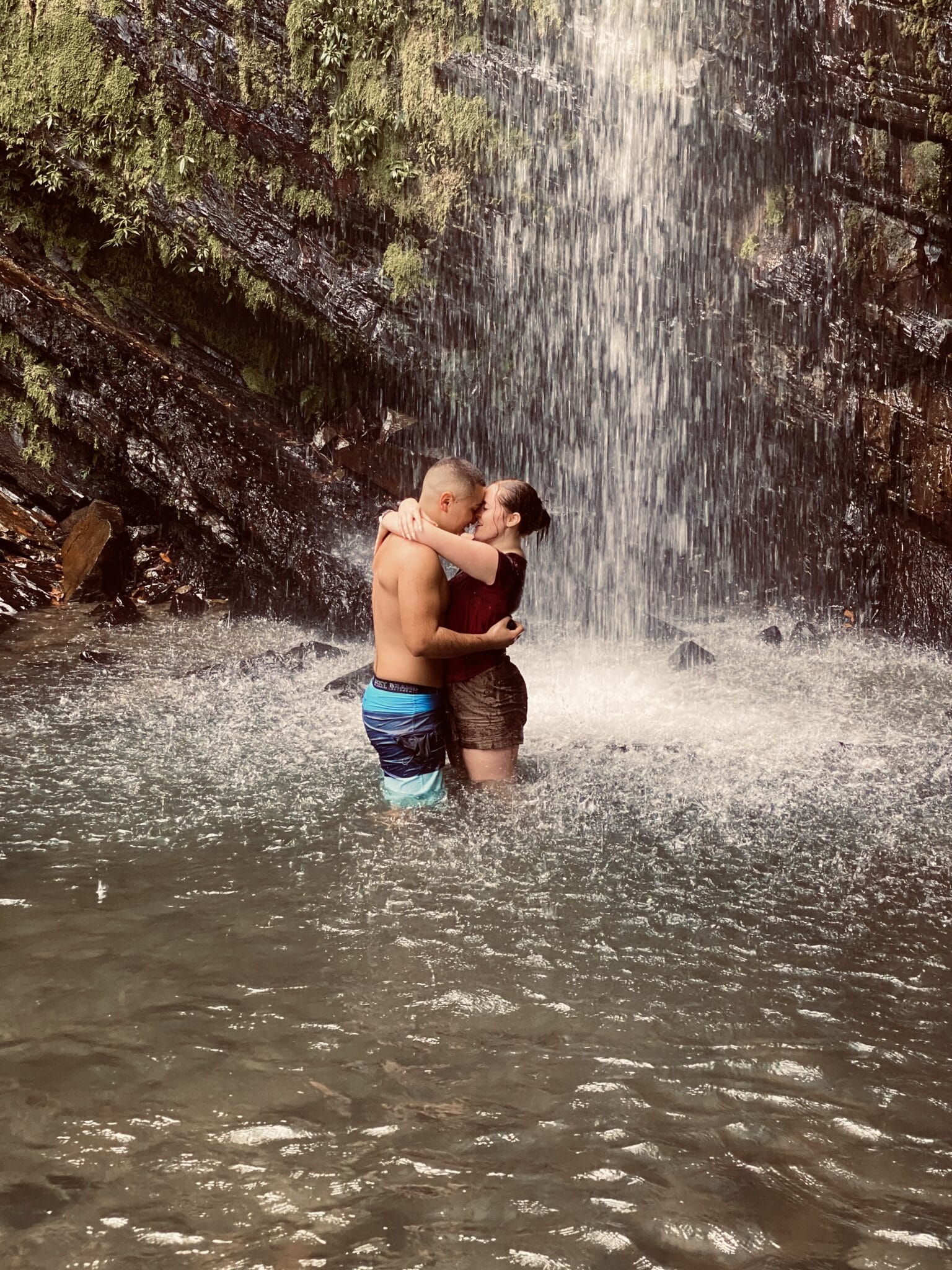 Being completely caught off guard!

We called our parents as soon as we got service!

It was so stunning, it was rose gold with a round diamond, and the design on the sides is vines with little diamonds.

How much we have changed and grown together!

Knowing I have found my adventure partner for life.