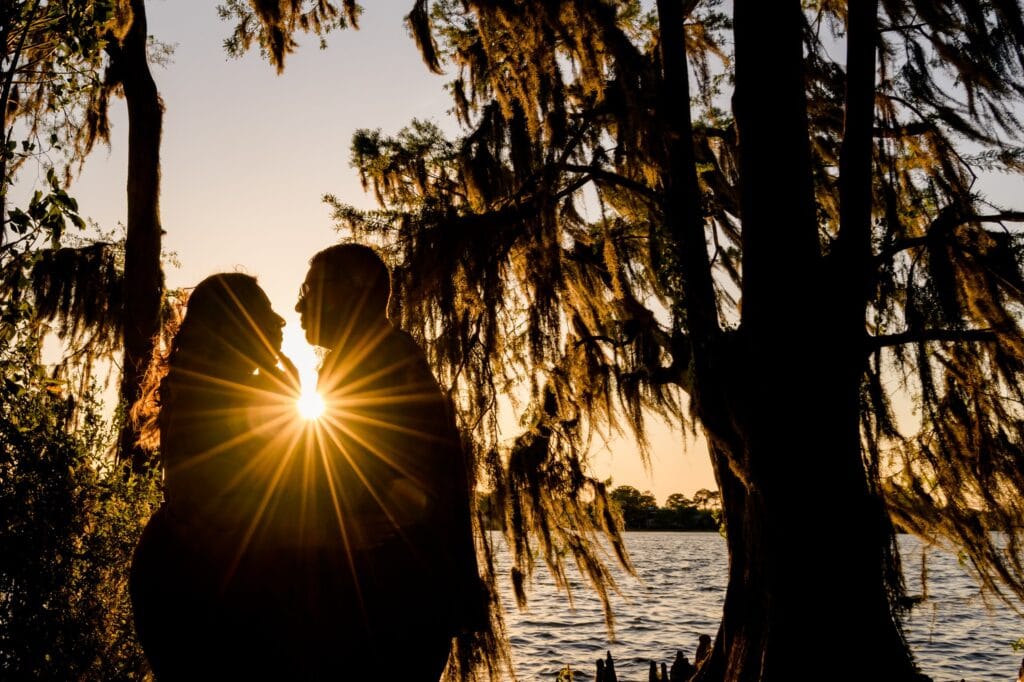 We love a great romantic story on the train, don’t you? When we saw Quiomara and Nicholas’ special moment, we knew that we wanted to feature their Sunrail marriage proposal story. 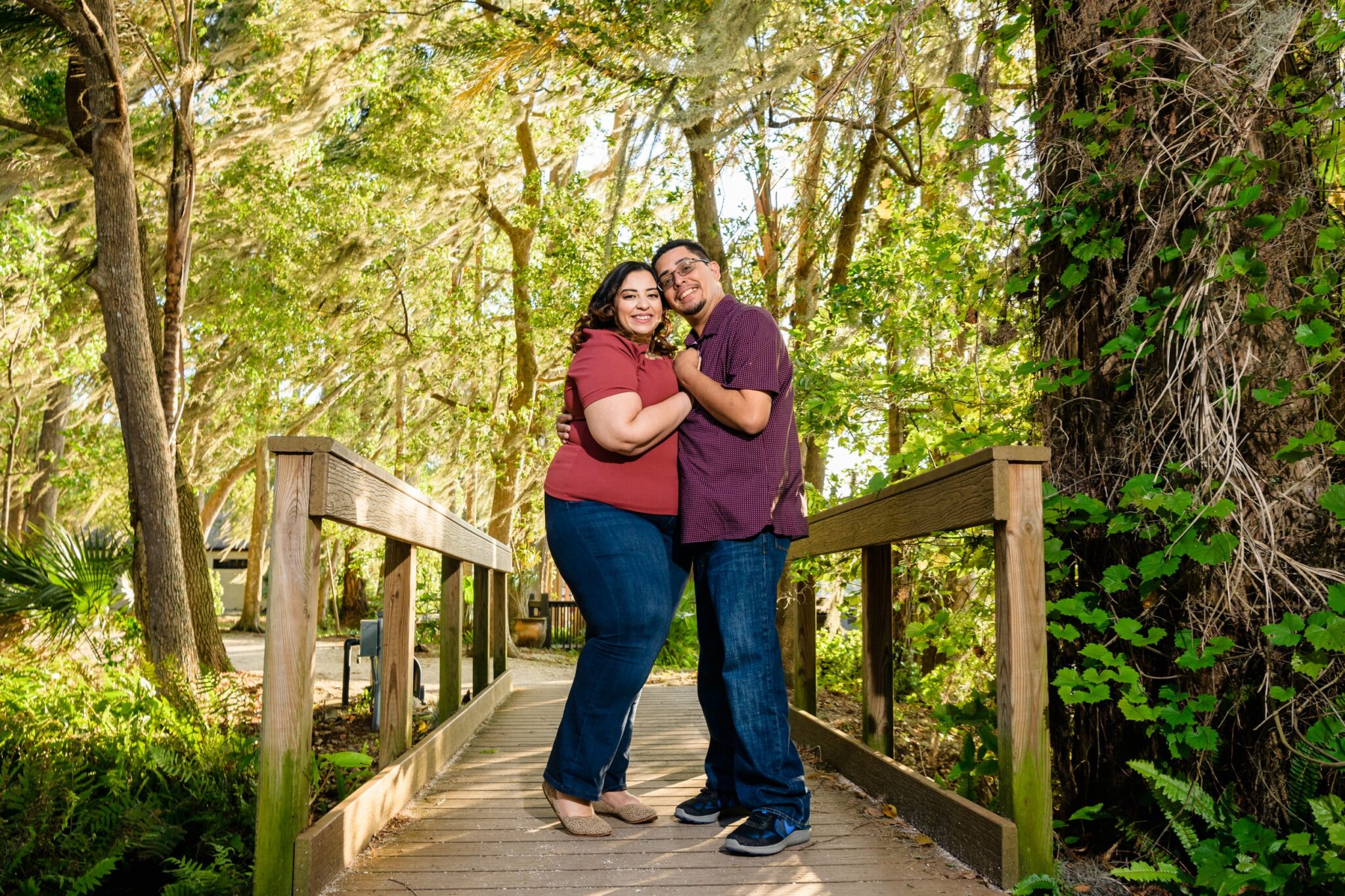 We actually first met on tinder. Neither one of us had a picture up on our profiles, but somehow we both swiped right on each other based on what was written on our profiles. We started talking, getting to know each other, and eventually, after a few days, we finally shared each other’s Snapchats so that we could see each other’s faces. We continued to be friends, and then as we became closer we decided to meet up (after a few months of chatting), and well, the rest is history! 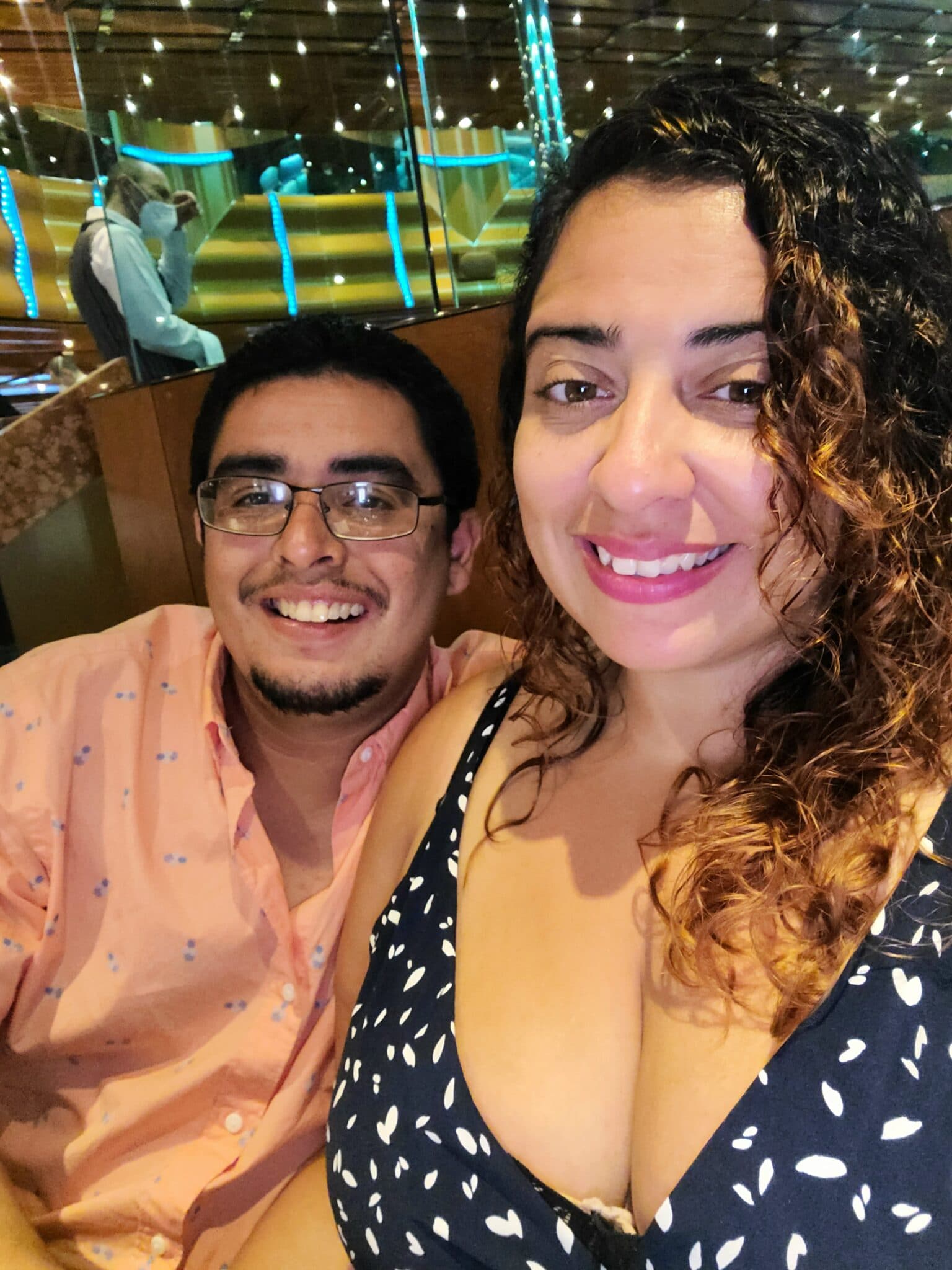 We love going out to different restaurants, and trying new foods. We also love going to the movies, especially the dine-in movie theaters. We like shopping together, trying new wines, hanging out with friends, and playing with our crazy dog Mowgli! 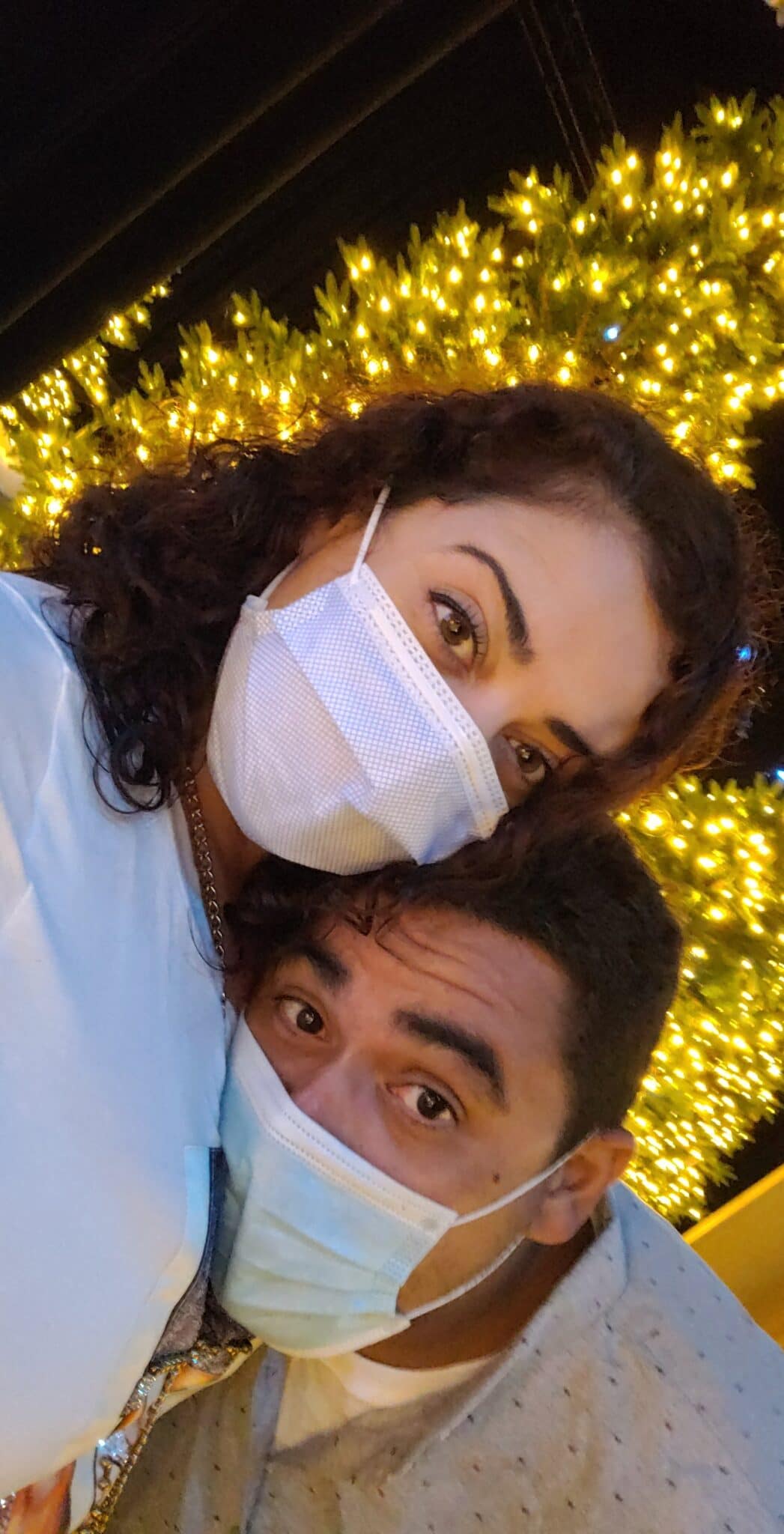 Did anyone help with the Sunrail marriage proposal?

He had a few of my friends in a group chat as well as his parents who helped drive us to dinner after the engagement!

So our engagement happened on our anniversary, our one-year anniversary to be exact. Two weeks leading up to the date, Nicholas kept telling me to make sure I had a pretty dress for our anniversary. That he was going to take me out somewhere nice and to make sure I got all dolled up. So I waited until the last minute, and thinking back I see why it made him so nervous that I didn’t have something new and pretty to wear, but I did go shopping the day off and found a cute dress.

He told me that his sister was going to be joining us because she was supposed to meet up with some friends and would have a few hours of downtime. A little later in the day, he was saying how she was unable to come, which I told him that’s fine. He and his sister have a typical back-and-forth sibling relationship, so I found it kind of odd as to why it was bothering him so much. When he came home from work, he was very stressed out, very flustered, and said that nothing was going right that day.

I tried to reassure him that everything was going to be fine, it was our anniversary and we were going to have a nice night out. He then told me I just want you to remember that no matter what happens today is just about you and me and nothing else matters… 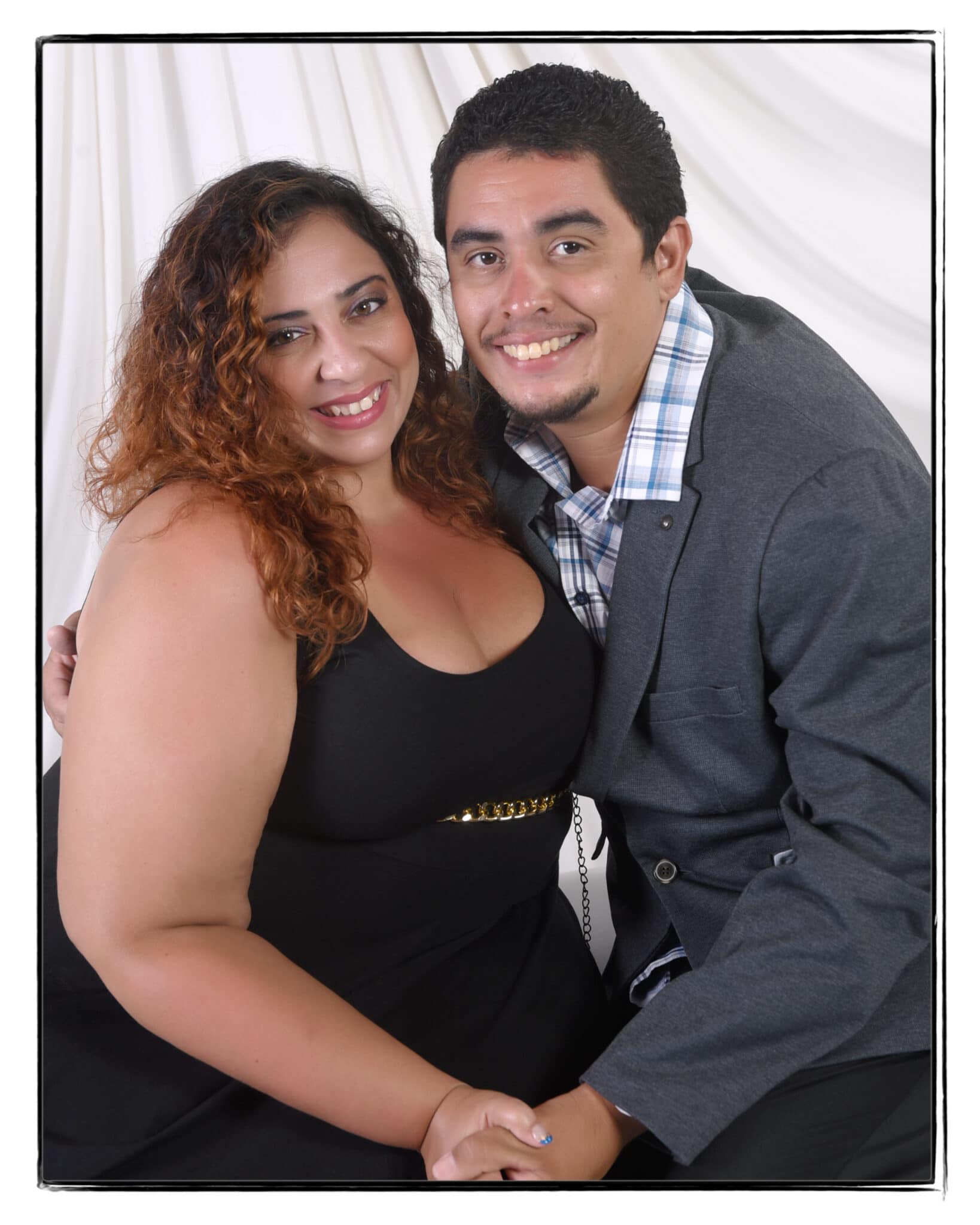 So he told me that he really wanted to ride on the Sunrail since he’s never been on it and he really loves trains. I thought this was an odd request for our anniversary, but he was so excited that I decided why not. We get to the train station and he was a little antsy, but I figured that was due to his excitement of getting the ticket to go on the train. He walked away for a bit to go look for something, and I honestly was annoyed, because it was windy, it was cold, and I was in a dress and freezing!

He started walking toward me and was telling me that nothing is going right and he just keeps saying nothing is going right… I told him to stop worrying, everything was fine. We’ll get on the train, we’ll have dinner and some drinks you’ll be OK. He then says you know what you’re right, and there’s one thing I can control, so at least I want this one thing to go right. I turned around and looked at him weirdly, and he starts playing Bruno Mars’s Rest of My Life. (I had told him about that song a couple of weeks prior because I absolutely love it.)

My heart immediately began to pound in my chest while my head spun in confusion. He pulled out a rectangular box! So I thought ok, he got me a necklace or a bracelet for our anniversary. So I told him, babe, you want to give me my gift now? And he said yeah just open it, so I did, and the rectangle turned into this beautiful Rose from where the ring emerged. I looked over at him and he was on one knee. 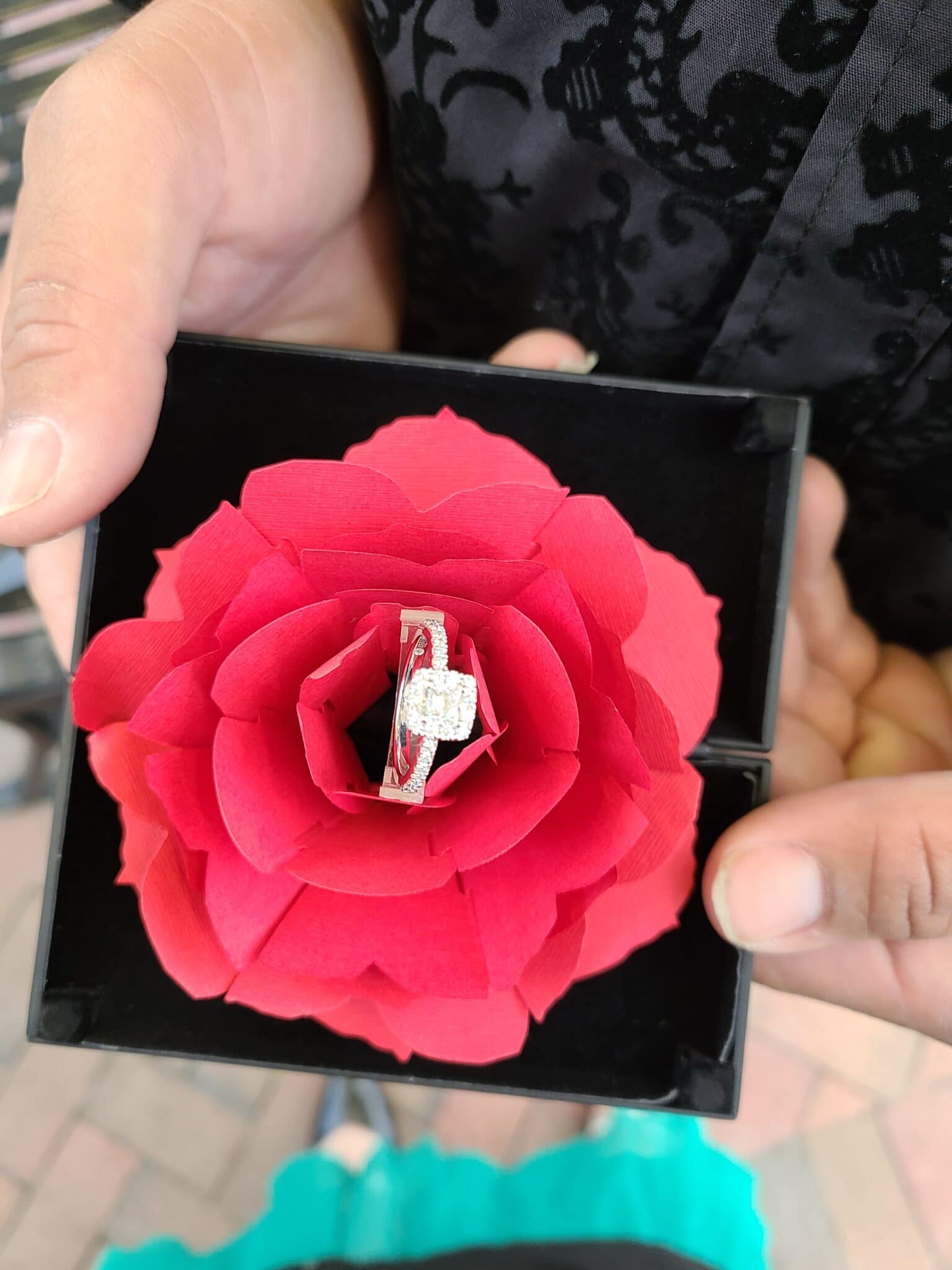 He said some words (it was all a blur ) and then said will you marry me, and I of course said yes!

The train arrived shortly after, and he was shouting on the train with excitement. We stopped a few stops down to meet his parents who congratulated us with flowers and chocolates that he had prearranged and we went to one of my favorite restaurants.

He later told me that his sister was supposed to catch everything on camera that’s why he was upset she couldn’t come, my mom said she couldn’t make it as well as my friend, my maid of honor fell and twisted her ankle and couldn’t come and our pastors had a major emergency that kept them from coming as well.

Literally, everything he had planned to surprise me just kept getting canceled one by one. I felt so bad for him because I know a lot of planning went into it, but at the end of the day, it was just me and him (and Bruno Mars) and that was all I needed. 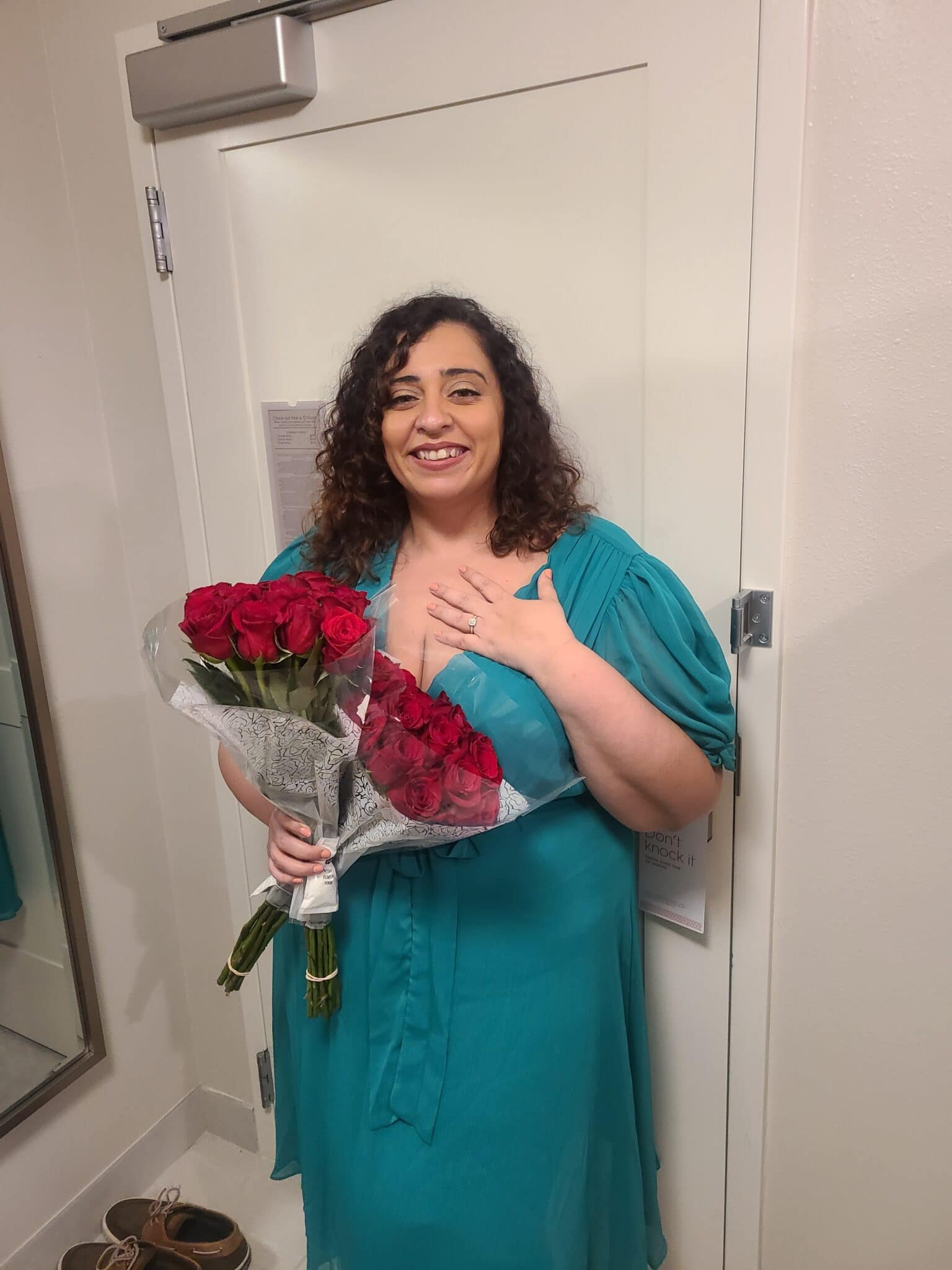 The Bruno Mars song… I had randomly mentioned it… and he totally paid attention. The words were just so perfect for the moment!

It’s a princess cut diamond with a halo and diamonds on the band as well. It’s a Leo diamond that’s near flawless and it’s white gold. It’s beautiful! Got it at Kay’s!

How expensive weddings are! Lol

I fell in love as soon and we pulled up. Bruce was super cool and down to earth and the property was just so magical!

Romantic, ethereal, and a touch of rustic 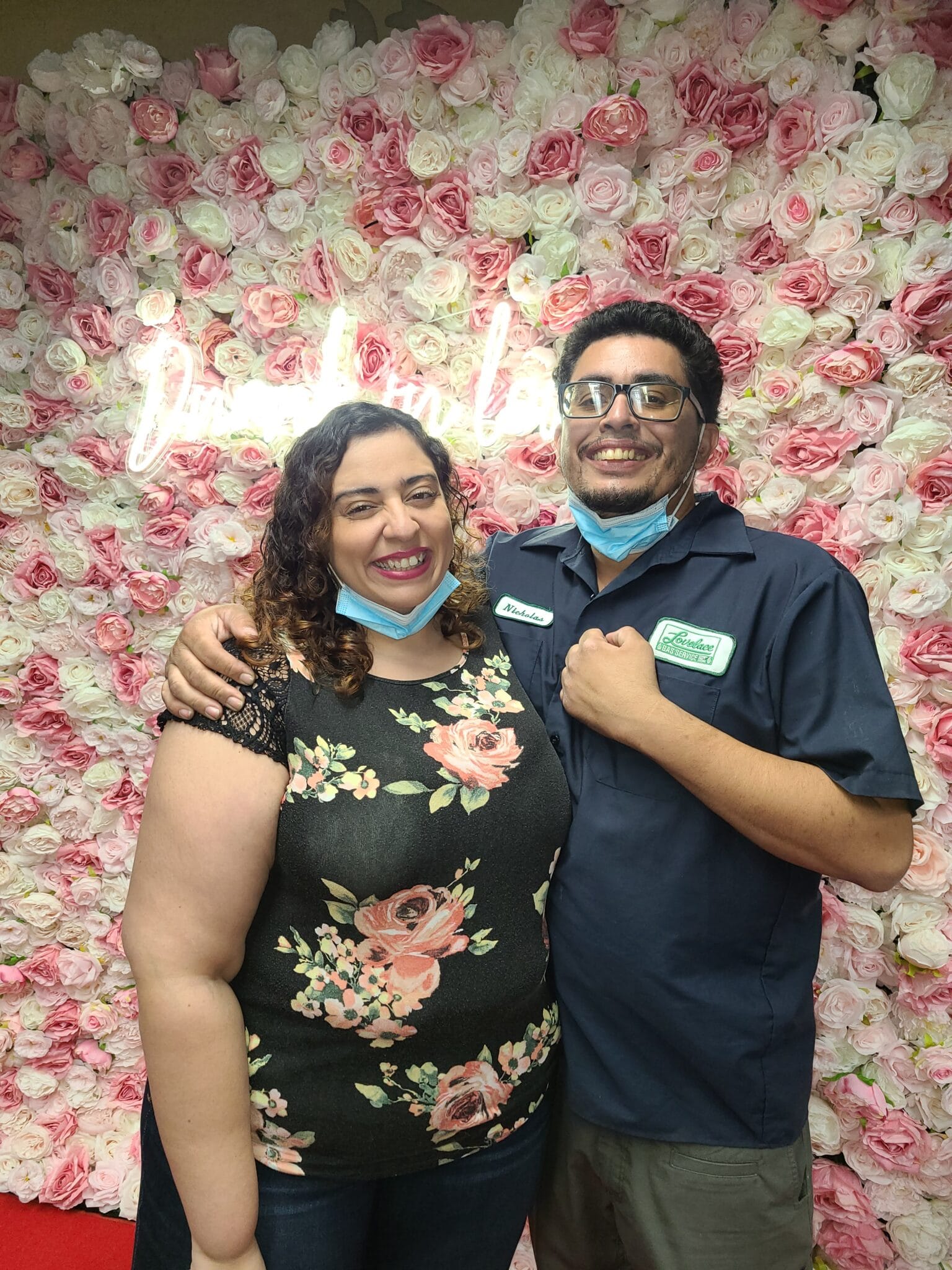 Read reviews. Do your research (don’t go with the first good deal, sometimes it’s a good deal for a reason lol), try everything, and try multiple vendors until you find ones that GET you and your vision and YOUR NEEDS!

Congratulations Quiomara and Nicholas on your Sunrail marriage proposal!