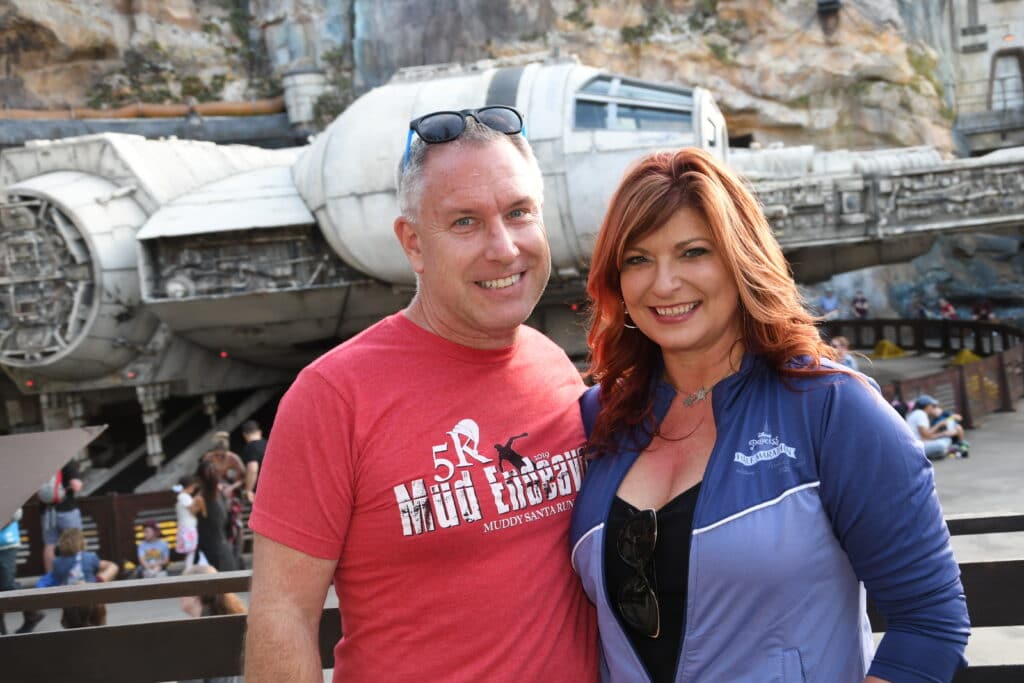 We love a great Disney proposal story, don’t you? When we heard this story, we knew that we wanted to feature Kristina & Chris’s Hollywood Studios marriage proposal story. 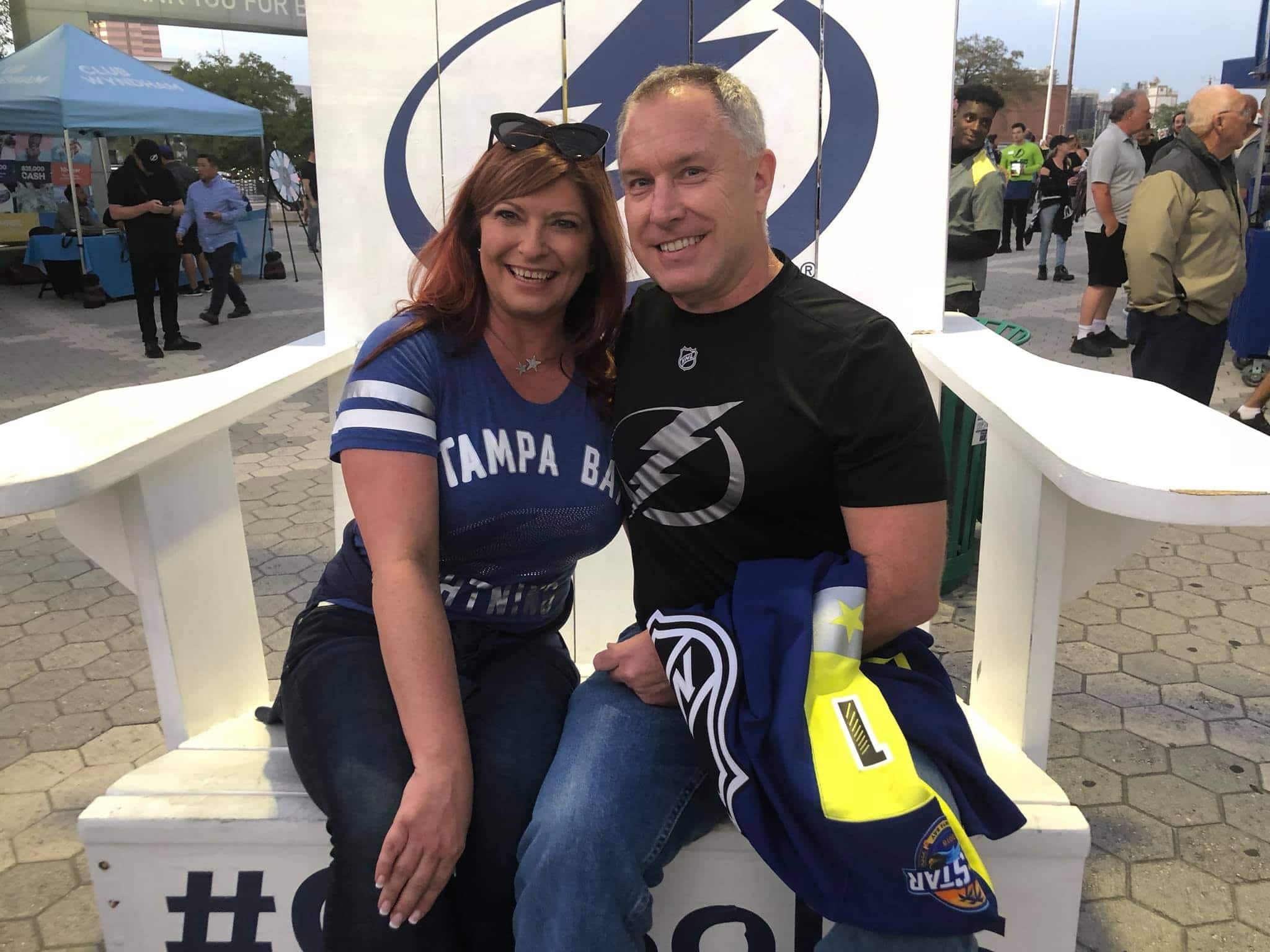 My (Kristina’s) best friend worked at the same company as Chris. She was down in Tampa training a new software system and they started chatting about dating life. She told him she may know of someone who could be a good fit. She then showed him my picture and later showed me Chris’s Facebook picture. We chatted online and through the phone before setting up a meeting at Hollywood Studios in Disney. It was an instant match all the way to the first kiss on the slinky dog roller coaster. 11/2019 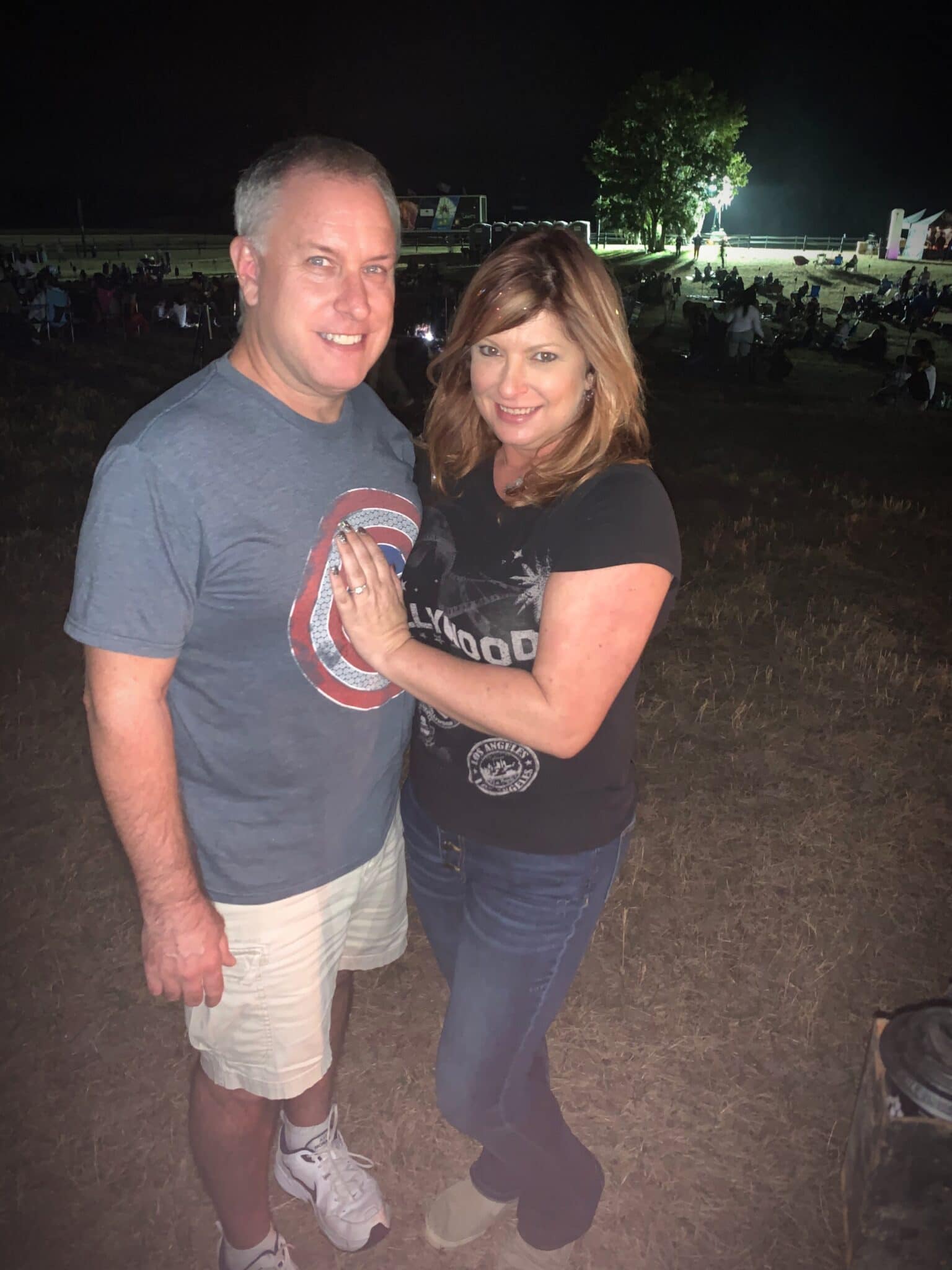 Go to the Beach, go to Disney, eat sushi, take the dog for walks, and travel. 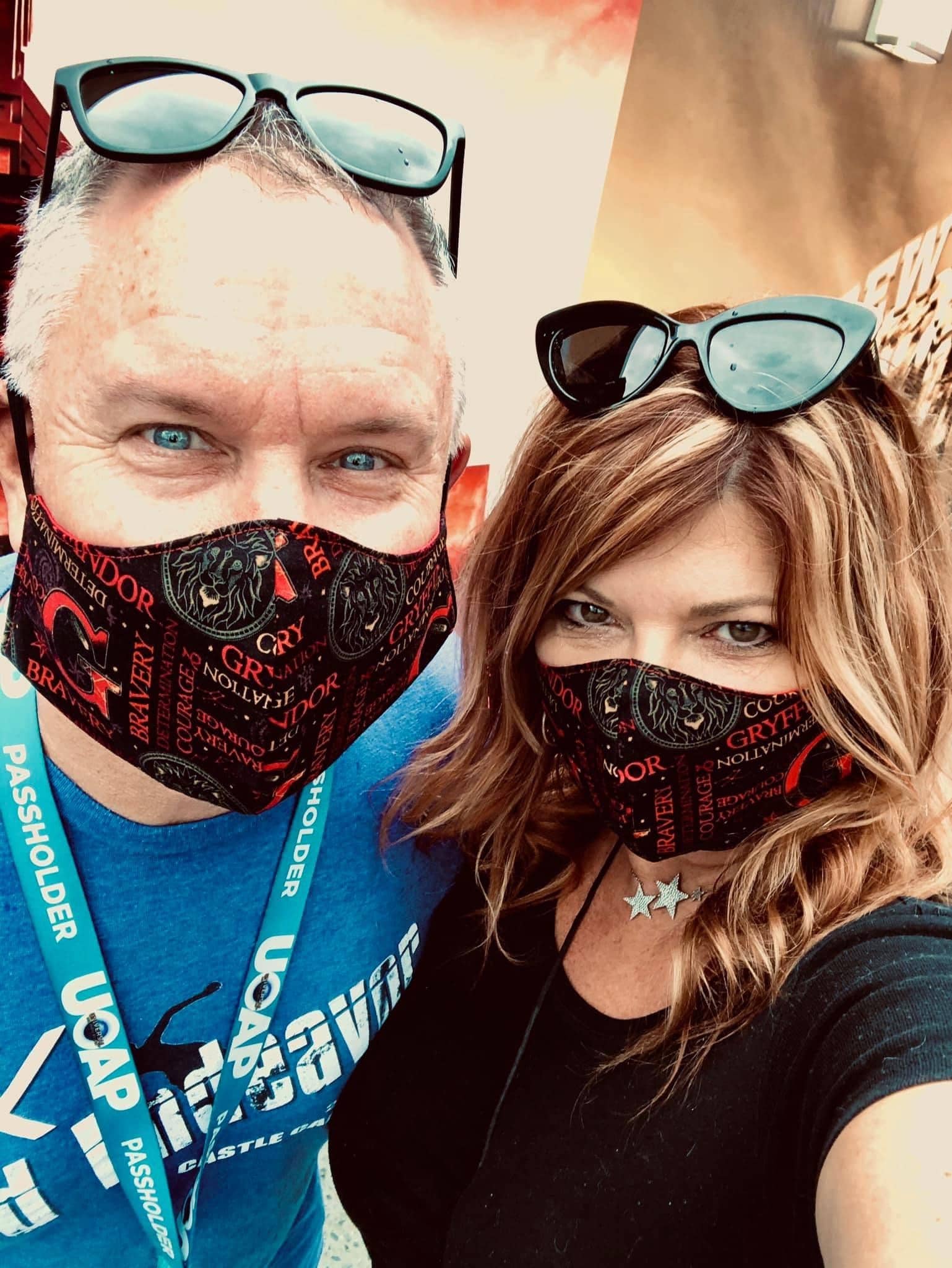 Did anyone help with the Hollywood Studios marriage proposal?

Covid was going on. It was a rough year. Chris would joke that he was going to marry me, but I didn’t really think it would ever happen with the state of the world. On 10/4 he told me to meet him at Hollywood Studios (the place we first met) to see friends in town from Iowa. 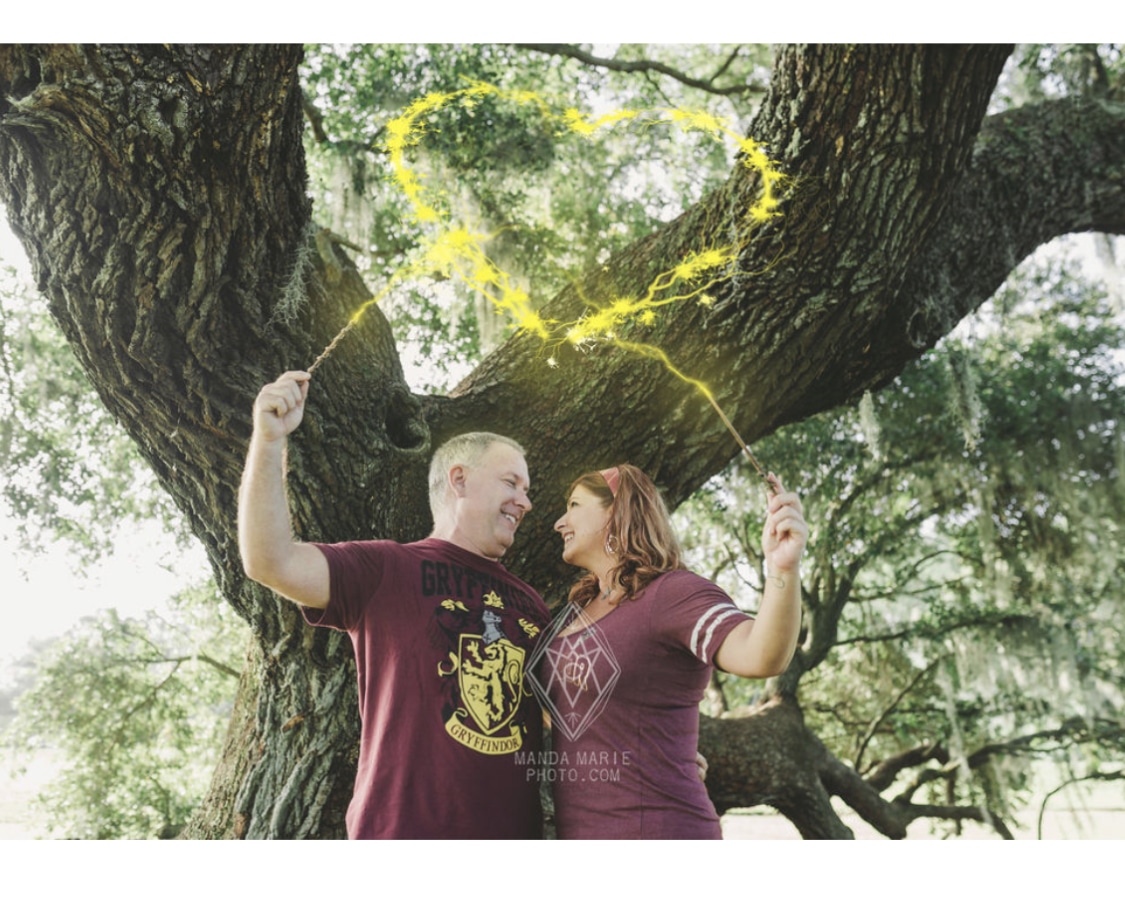 I rushed from work and when I got there. He told me they had gone off to do their own thing. Annoyed that I had rushed and hadn’t even changed clothes. I was out of it when he said let’s pop into Tune in the lounge (which was technically still closed with the pandemic) to say hi to our bartender friend. I walked in and waved to Dave. 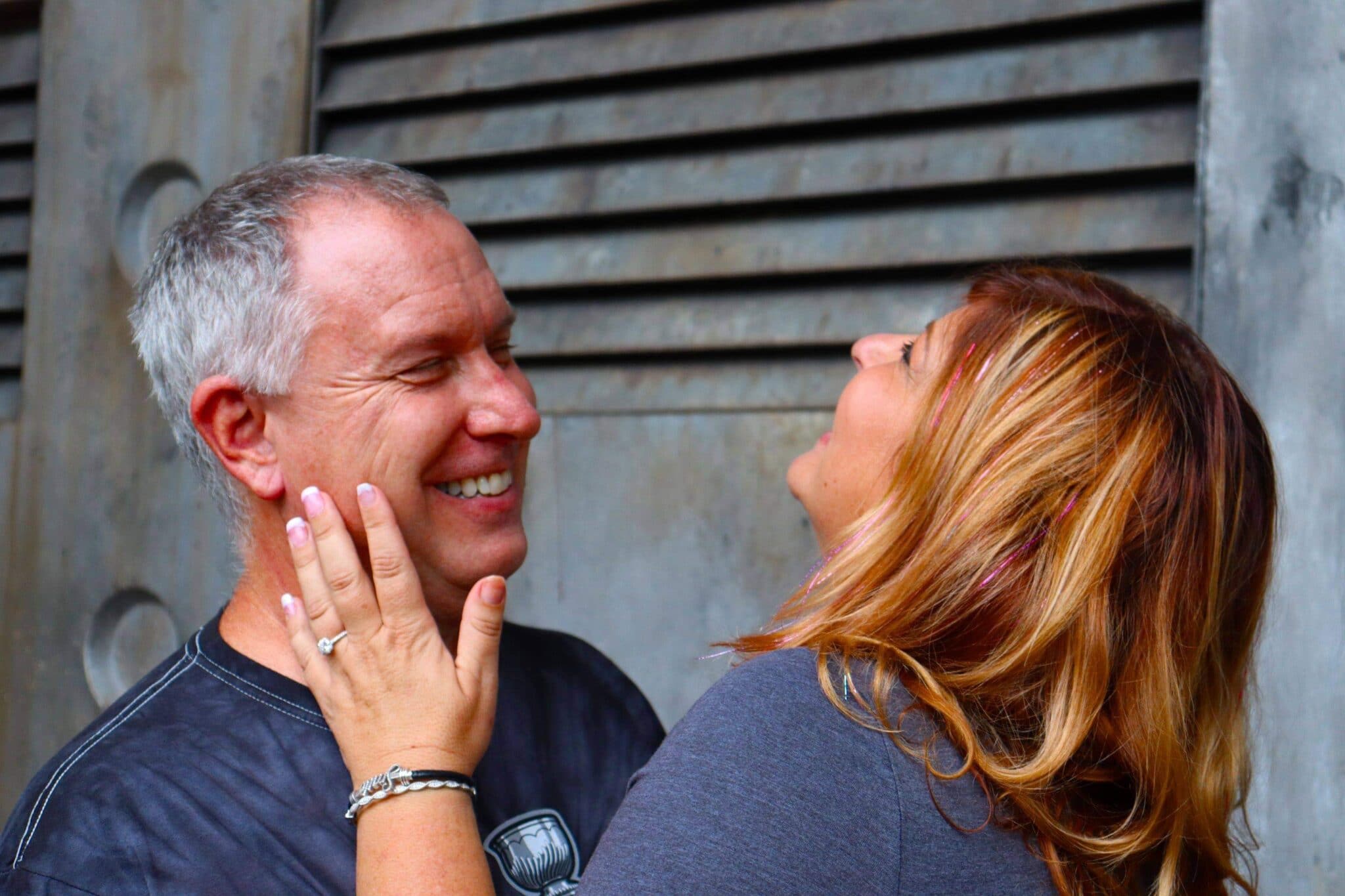 Chris pulled me into the corner we had first sat at and started tearing up. I stared at him and said what are you doing? He told me that the last 10 months, while trying, had also been some of the best because he had spent them with me. I got a little weepy myself after listening to him and happened to notice when he went down on one knee that some of our closest friends had gotten last-minute park reservations to see him propose. 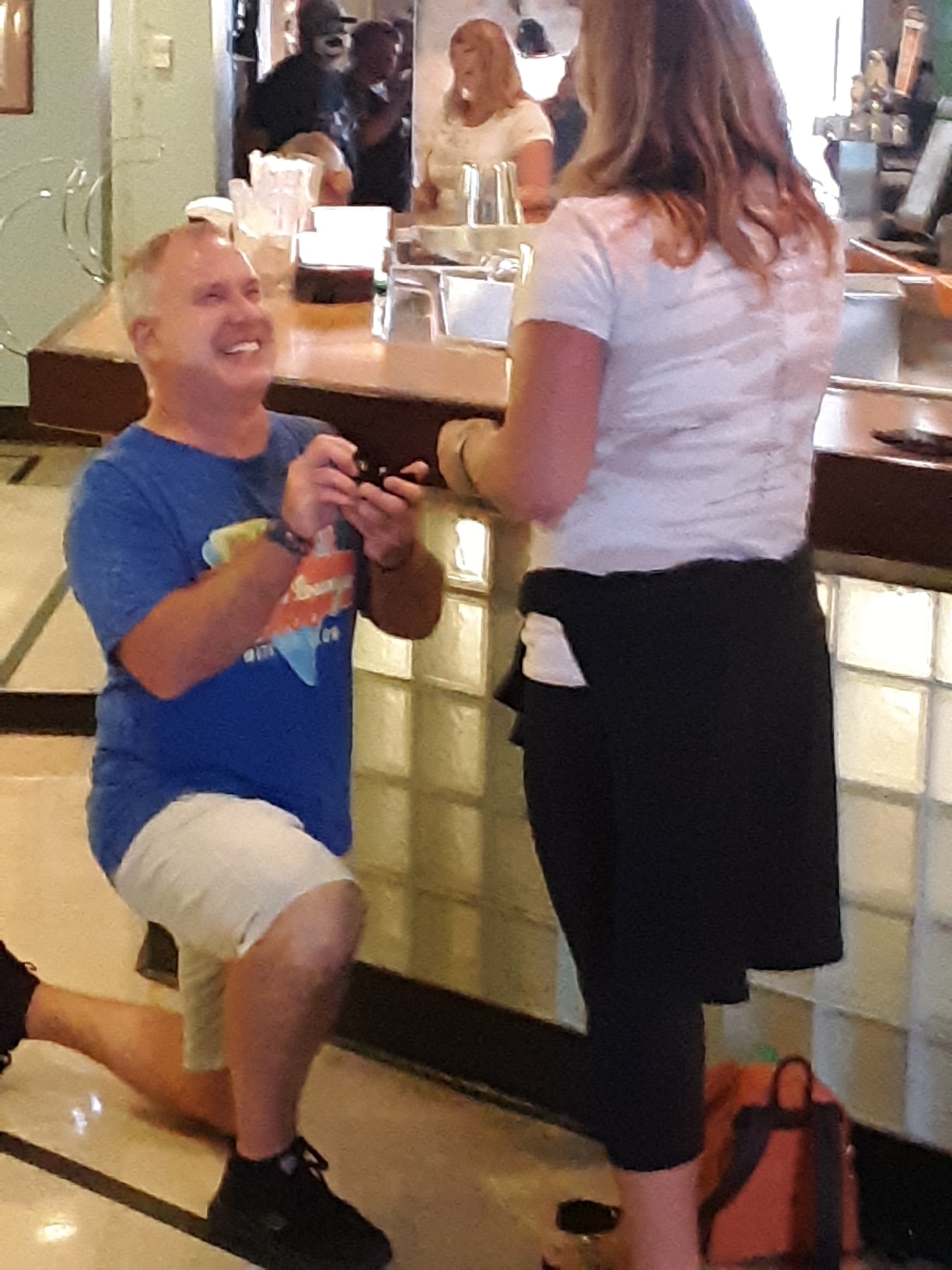 The Lounge was closed and only making drinks for the restaurant patrons but the manager had allowed him to come in for a few minutes to propose at the place we first set eyes on one another. I’m sure I’m forgetting things but it was a magical day in an otherwise challenging time. 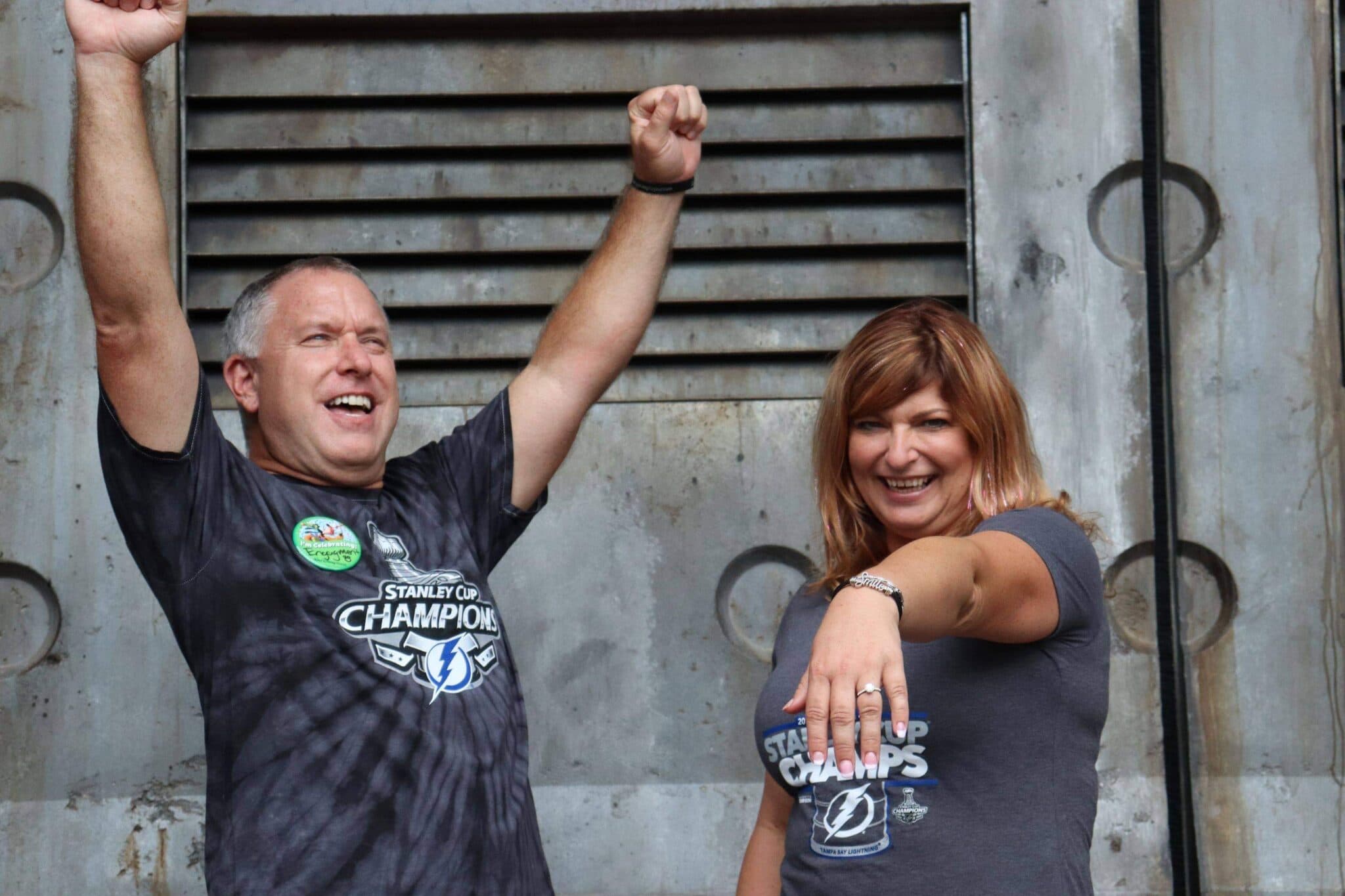 When he started crying. 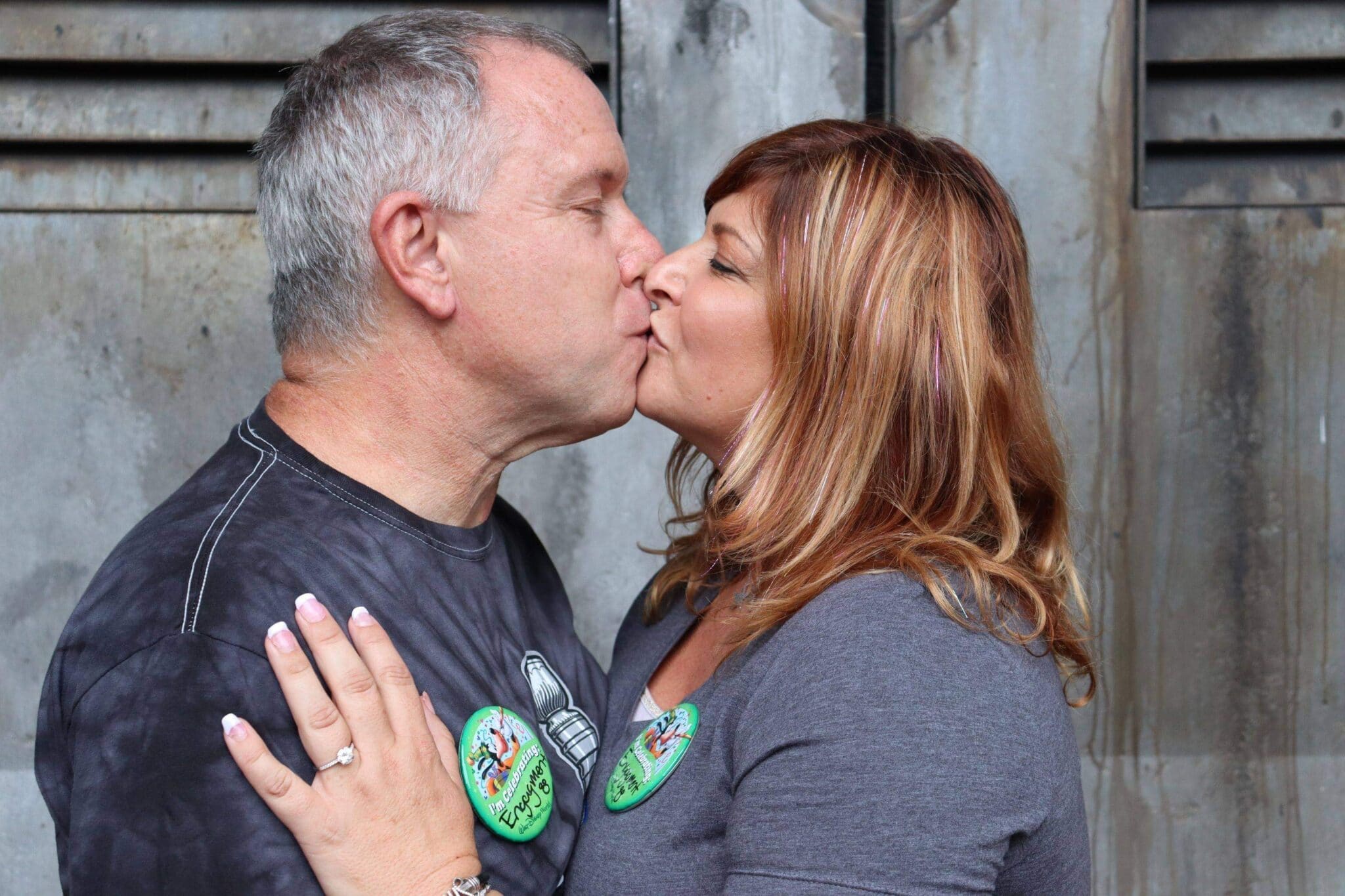 How much I love being engaged and planning the wedding.

Picking things out, taste testing, and walking along the beach with my love in a few months. 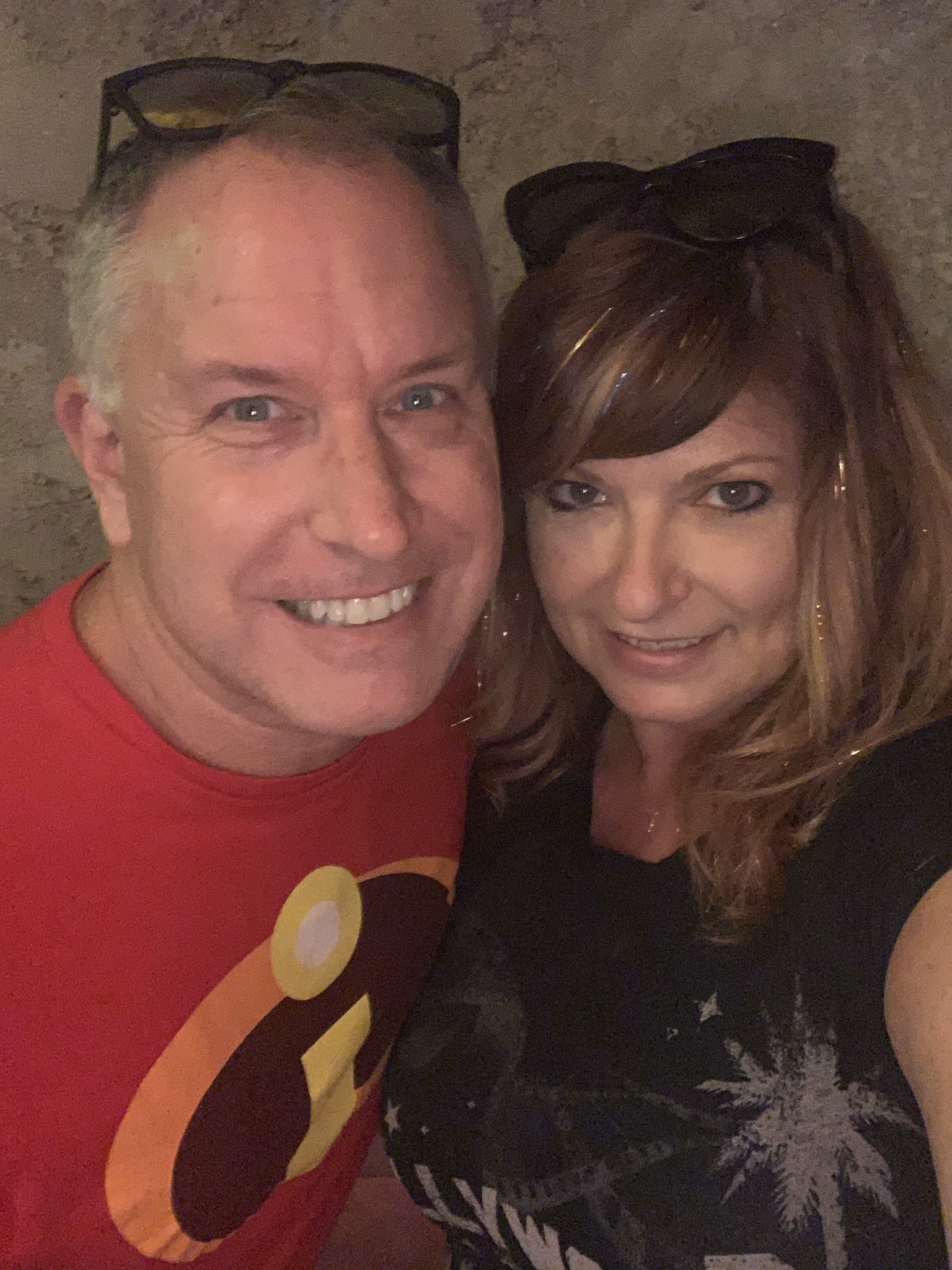 Favorite beach and it felt magical.

Paying monthly on items so it’s not overwhelming.

Foodie Catering and Our DJ Rocks. 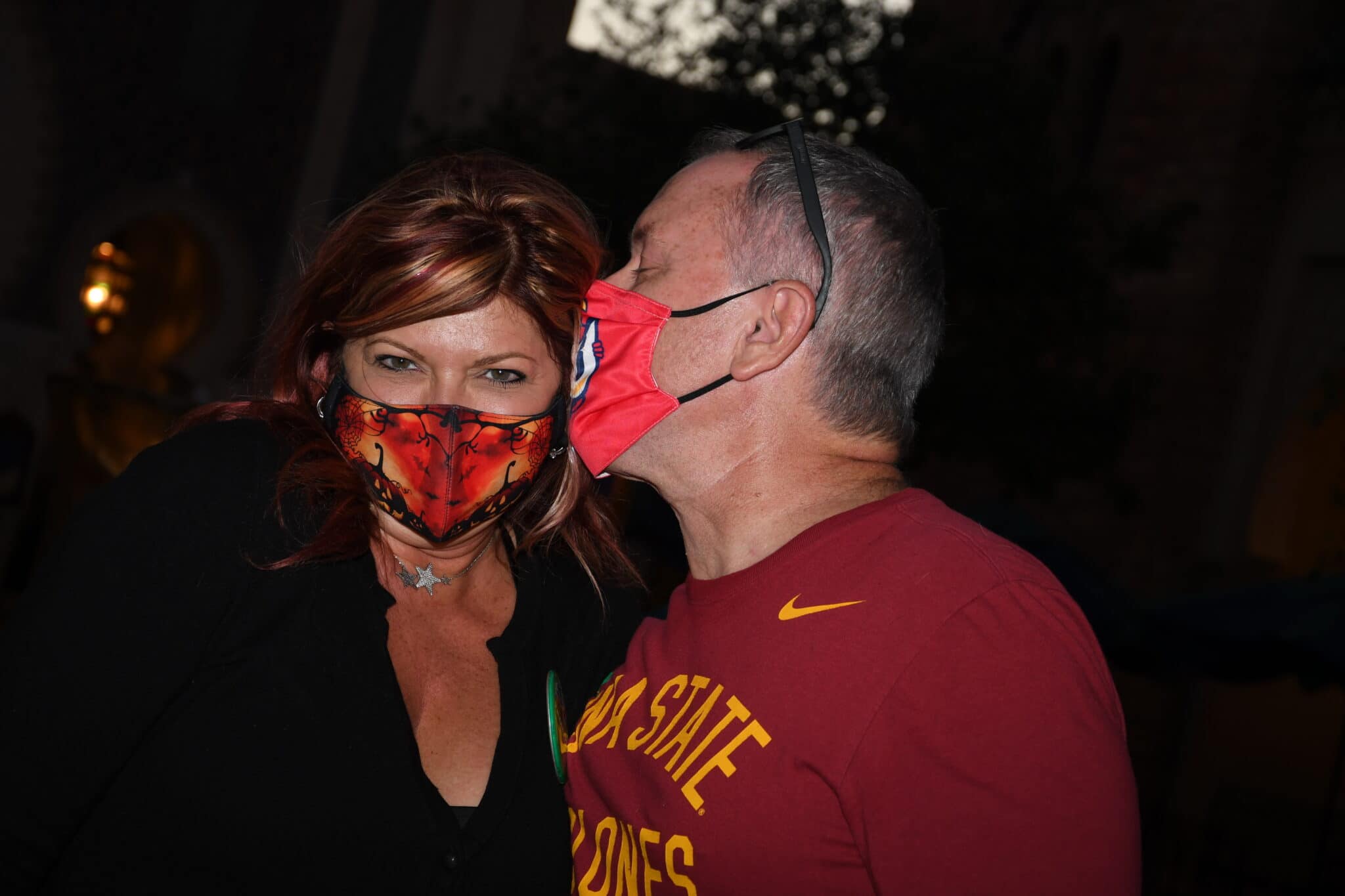