We love a great proposal story, don’t you? We met the bride-to-be at a wedding show and we knew that we wanted to feature Elora & Thomas’s pizza marriage proposal story. 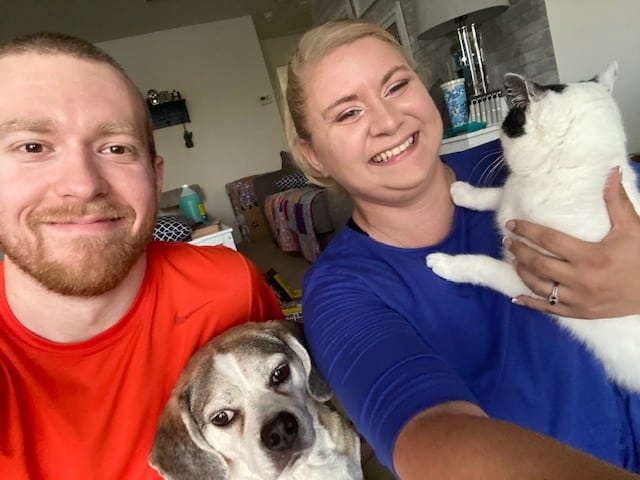 Thomas and I met through one of those dating apps. We started talking and had a lot of things in common. We had scheduled to do lunch one day after he had gotten out of his morning college classes but I had come down with pink eye and we had to cancel it. He wanted to meet and see me that our first official date was on face time.

Our favorite thing to do as a couple is going to the movies and spending either all day at some of Florida’s theme parks or a whole weekend. 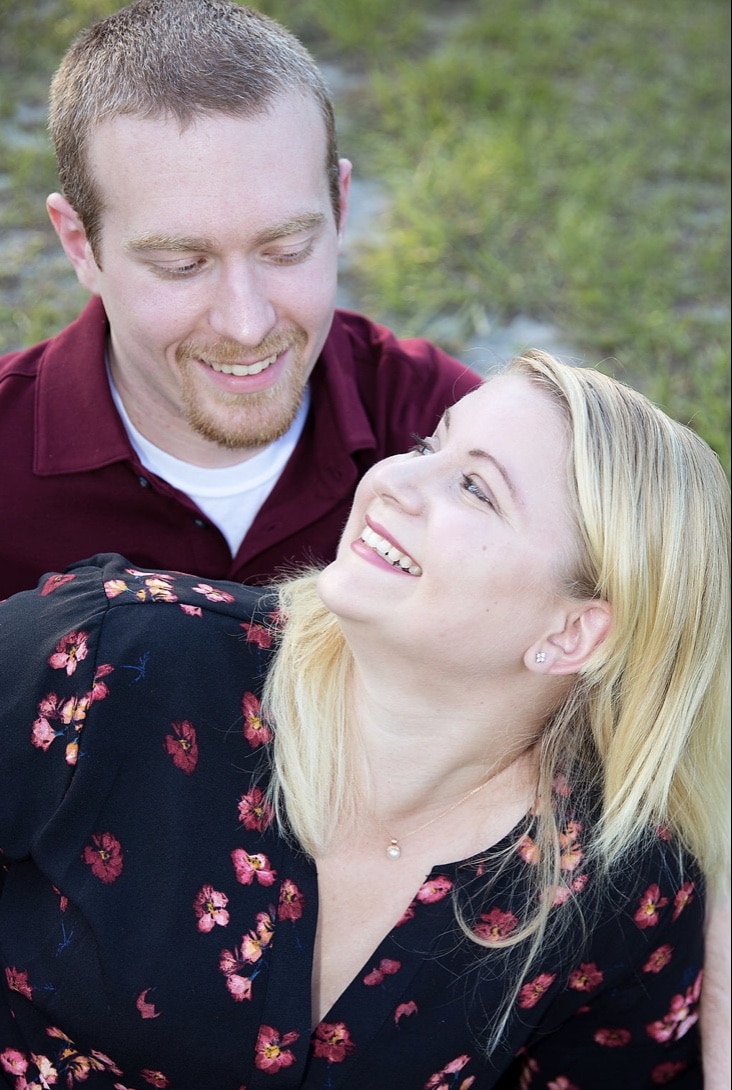 Thomas and I were together three years before he popped the question.

Did anyone help with the pizza marriage proposal?

No, it was just the two of us because of COVID.

It was the morning of April 17, 2020, our three years anniversary. We had both taken the day off to spend time together. Before COVID, we had planned on going to Mega Con in Orlando and to universal. I was sitting on the couch in my PJs sipping my coffee, watching tv, and reading emails on my phone when Thomas came over to me knelt down on his knees, and said “Elora Cady I love you so much…..”

He paused as he opened a box he had in his hands and said “… will you make me pizza” and inside was a three-stone sapphire ring. Thomas and I have a running joke that whenever I ask him something he says pizza. So him asking me to marry him in his own way with pizza made it even more special.

Since my family is so far away I had asked if we could do a zoom call so I could tell them some news. Then, we told his family in person the next day. But truly, the first person I told was one of my best friends and maid of honor. 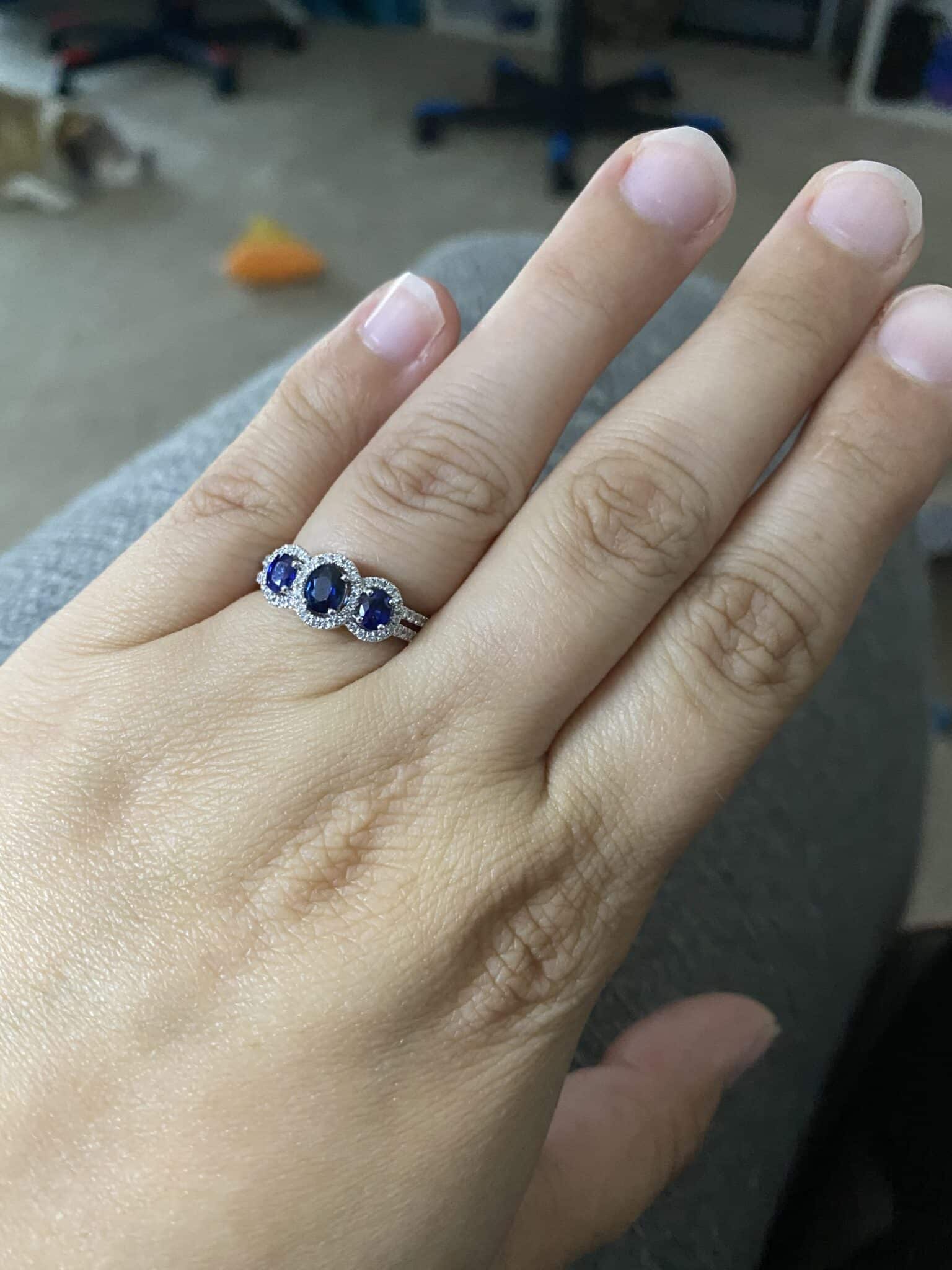 I had always thought I was a very traditional person. But I had always dreamed of a different kind of engagement ring. I had sent a few rings I liked to him awhile prior to him popping the question and he got me a beautiful sapphire ring. Especially since I love blue. 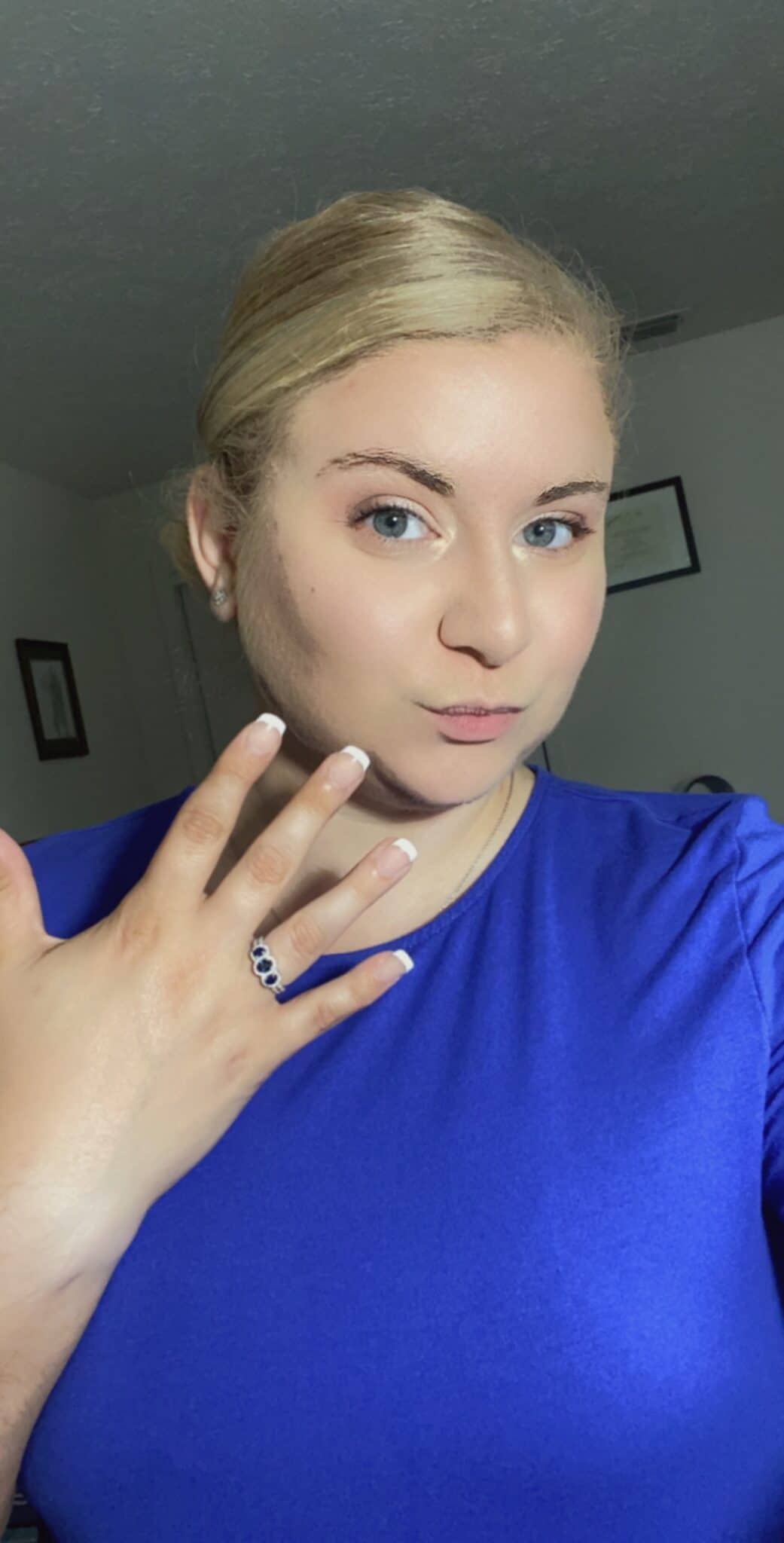 Our wedding will probably be the talk of the Century. We’re planing a beautiful ceremony and instead of doing a reception, we are taking our guests to Universal for the day to have some fun.

We are planning to get married in April 2022. The one venue we love and hope to have our wedding at is Island Grove Winery.

I love this venue because it has gotten so many recommendations and the venue fits what I’m looking for.