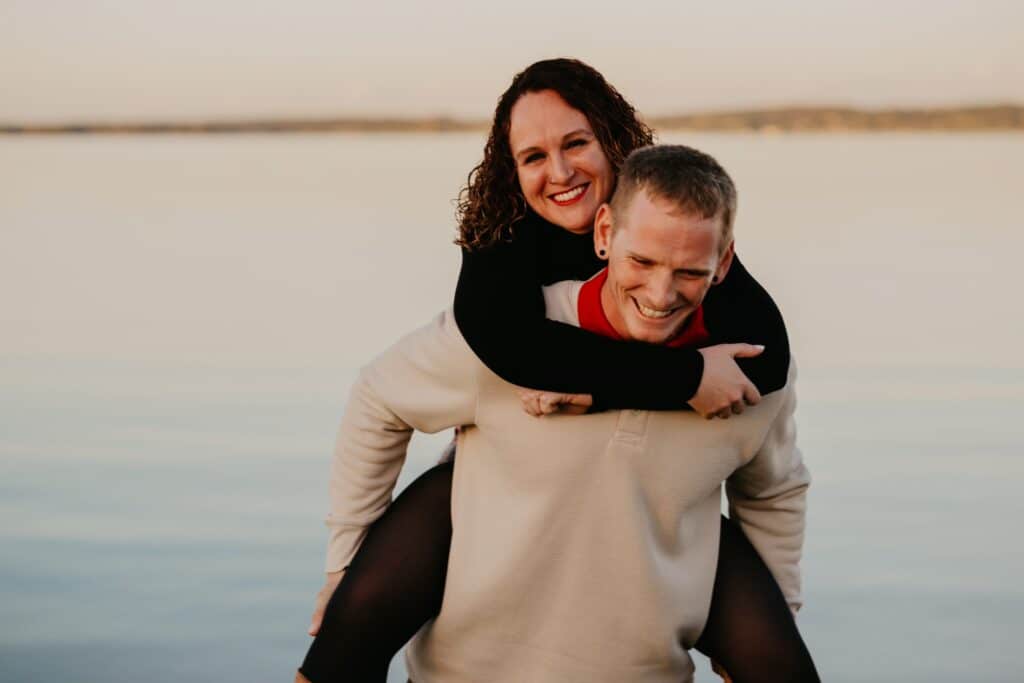 We love a great West Virginia proposal story, don’t you? We’re so grateful one of their wedding vendors urged them to submit their story, we knew that we wanted to feature Adrianne & Blake’s surprise engagement marriage proposal story.

Adrianne or Aj (myself the bride) was in college at Bowling Green State University in Ohio for respiratory therapy at the time I was in my final year, so I was busy with clinicals and classes. On top of school, I worked at the local Applebee’s as a hostess and server.

Blake (my fiancé) just moved to Ohio from Pennsylvania for his job at the time. Blake would always come into Applebee’s specifically on hockey nights and would sit at the bar by himself.

A co-worker and I would always try to guess his name and what he did every time he would come in. I always would say his name was Darrell and that he was a baseball player by the way he looked… but boy was I wrong.

One night at work I got the courage to write my name and number down and I gave it to the hostess working the door the night and asked her to give it to Blake on his way out. Well, that night he did text me and the rest is history. 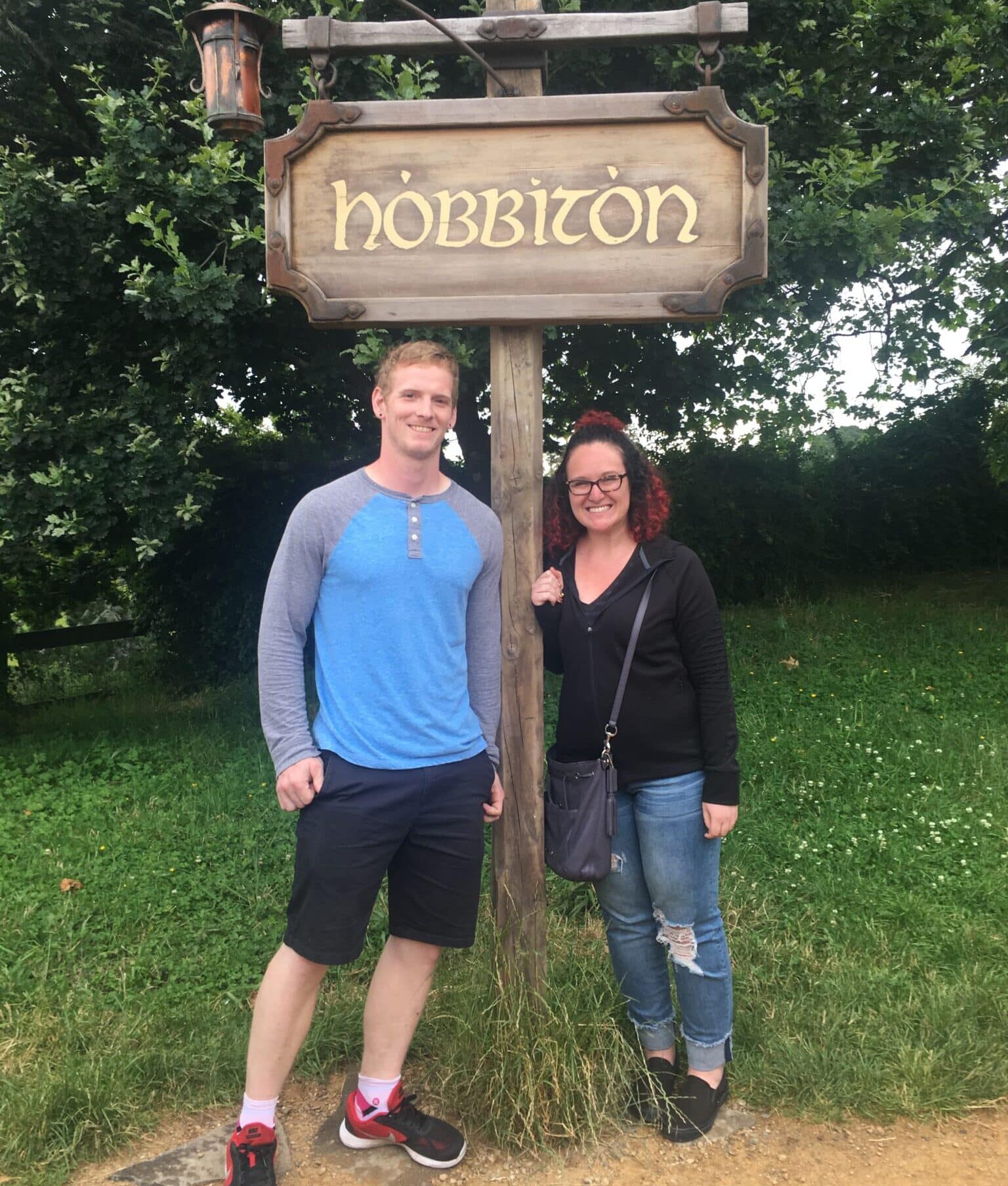 Some of our favorite things to do together as a couple include: concerts, biking, walking our dog Shark, traveling, watching HGTV and Food Network, working out, going to breweries and wineries, going to Disney. 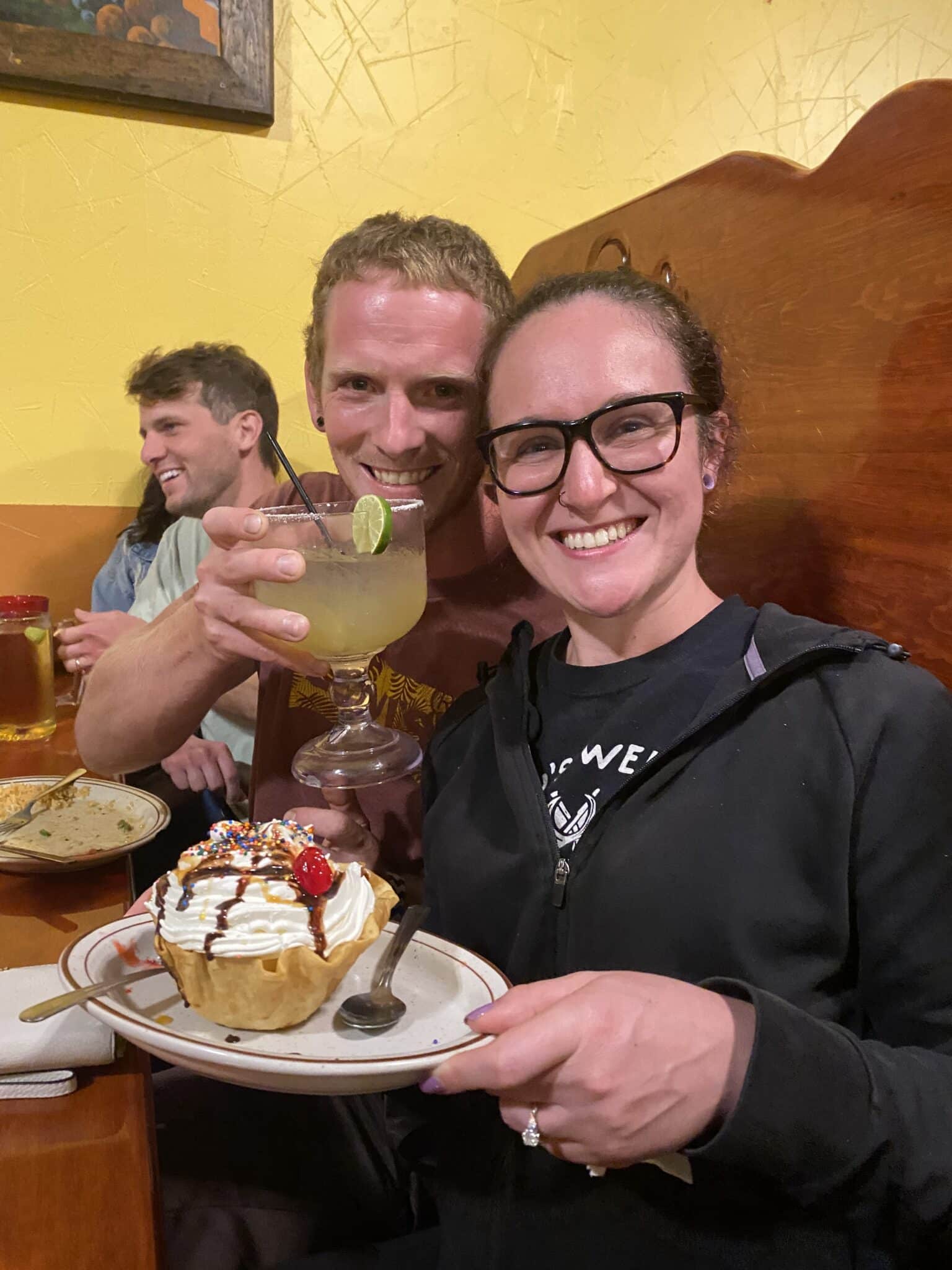 The weekend Blake proposed we had a biking trip planned. Blake has been riding all types of bikes his whole life.

This specific weekend we were going to West Virginia to a place called the Royal Rumble event for him to compete in the bronze downslope style event. This was the second year in the row we attended this event so this trip wasn’t a big surprise to me since we been before.

The week leading up to the trip Blake acted normal as usual, since Blake is shy I always thought when he was going to propose he would act very cautious and shy so he hid all of this very well. The competition was on Saturday and we flew in on Thursday so he could practice the rest of the week. 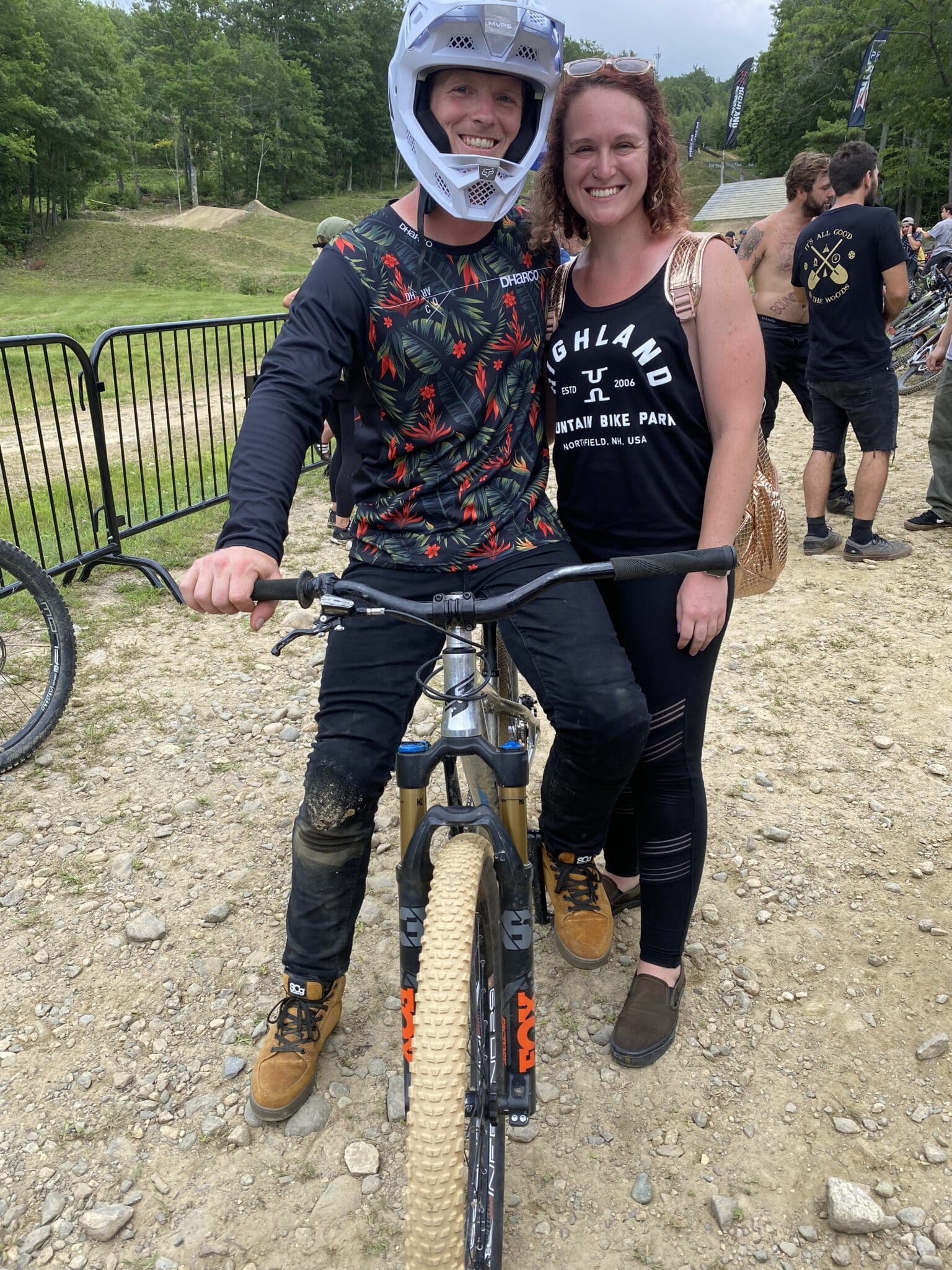 Friday comes around and we went to the bike place like normal. Blake practiced all his tricks and I watched and filmed each run like normal. This time Blake was practicing a trick called a “Flip Tuck” which is when the rider does a black flip with no hands on the handle bars.

Blake has been doing these for a few practice runs now but wasn’t completely letting his hands off the handle bars so I told him for this specific run if he didn’t take his hands off completely I was going back to the hotel.

He makes his way back up to the top of the bike trail and on the last jump successfully does a flip tuck. Blake rode up to me and I told him good job and I turned around and was walking back to my chair.

Then he says, “Wait Adrianne” and gets down on one knee and proposes. I was in shock because here I am sweaty and covered in dirt in leggings and a tank top on a bike trip getting proposed too! I was so happy.

He had the ring in a box hid behind a tree the whole time so then when he got off the bike trail he could put the box in his pocket and ride up to me and propose. The next day was race day.

Blake’s parents were already planning on coming to watch Blake compete, and my parents couldn’t make it due to my dad having prior commitments.

Well while practice that morning, my parents showed up! Blake planned for my parents to come in on Saturday so we could all celebrate the engagement and Blake’s competition. We all went out to eat at a Mexican restaurant! Even though I was sweaty and dirty it couldn’t of been more perfect. 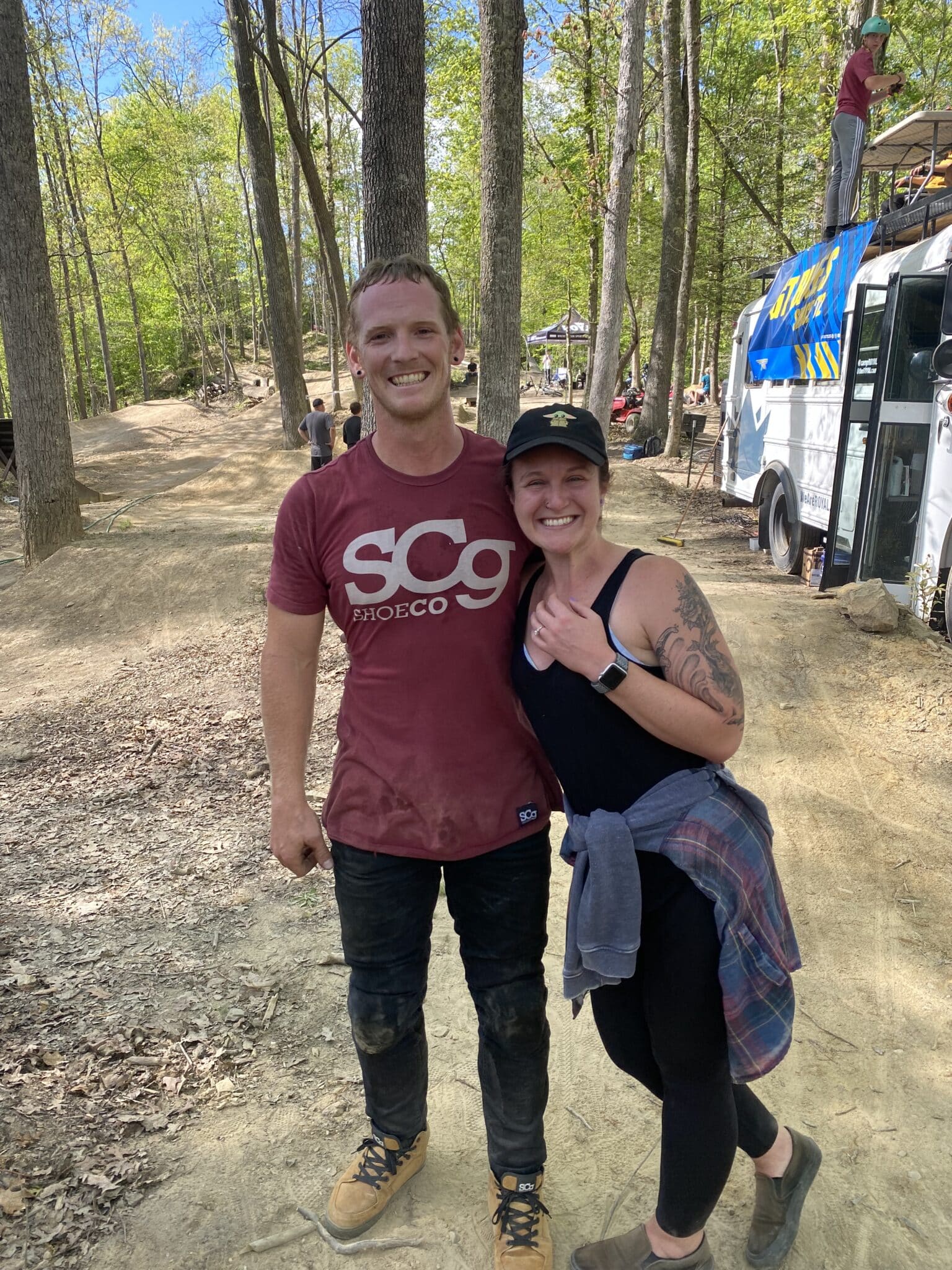 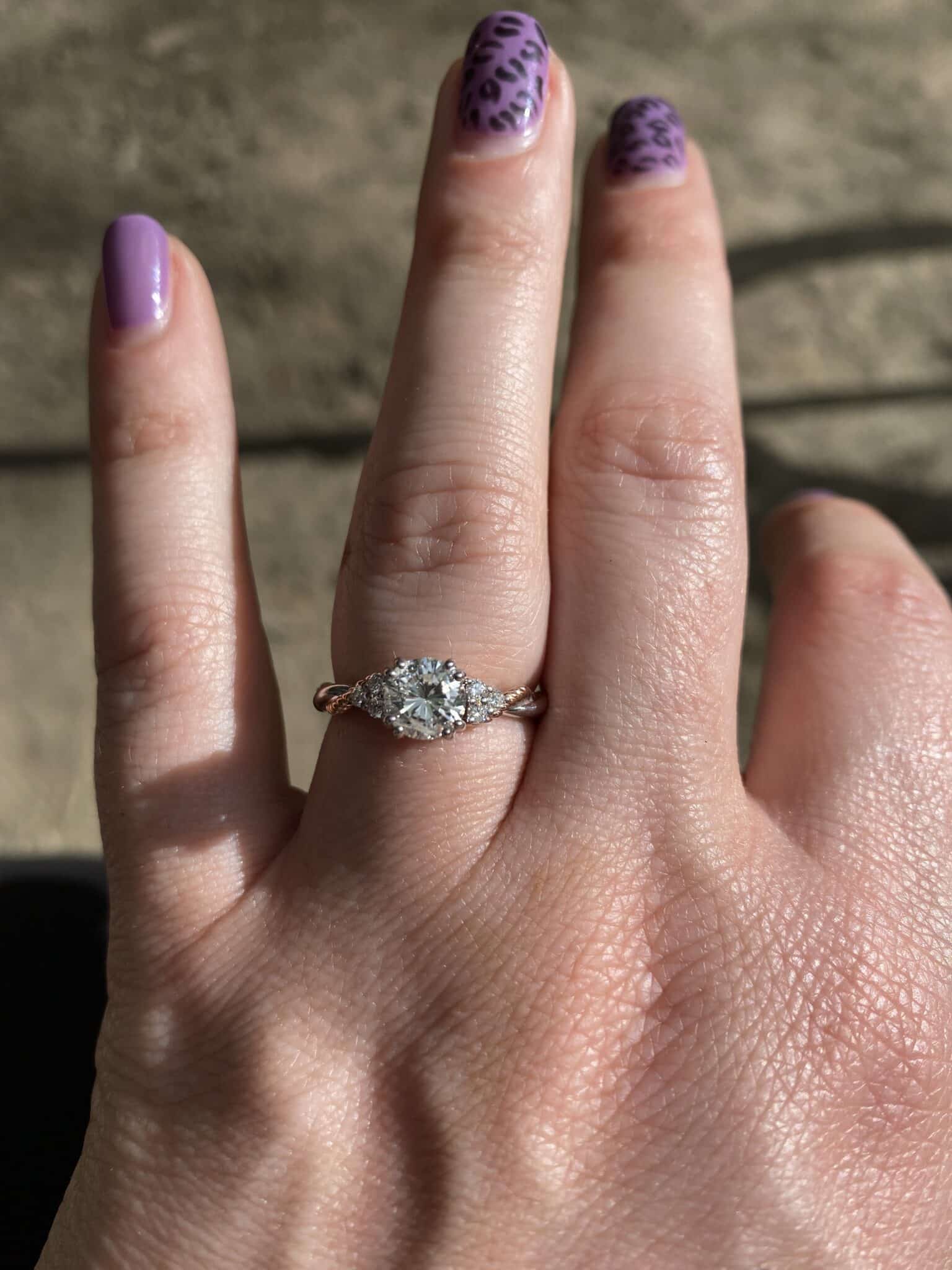 Ring was purchased from Bay Hill Jewelers, the diamond is round cut and was a family heirloom from his mother.

The band is from the designer Gabriel with silver and rose gold roping and there is three diamonds on each side of the main diamond. 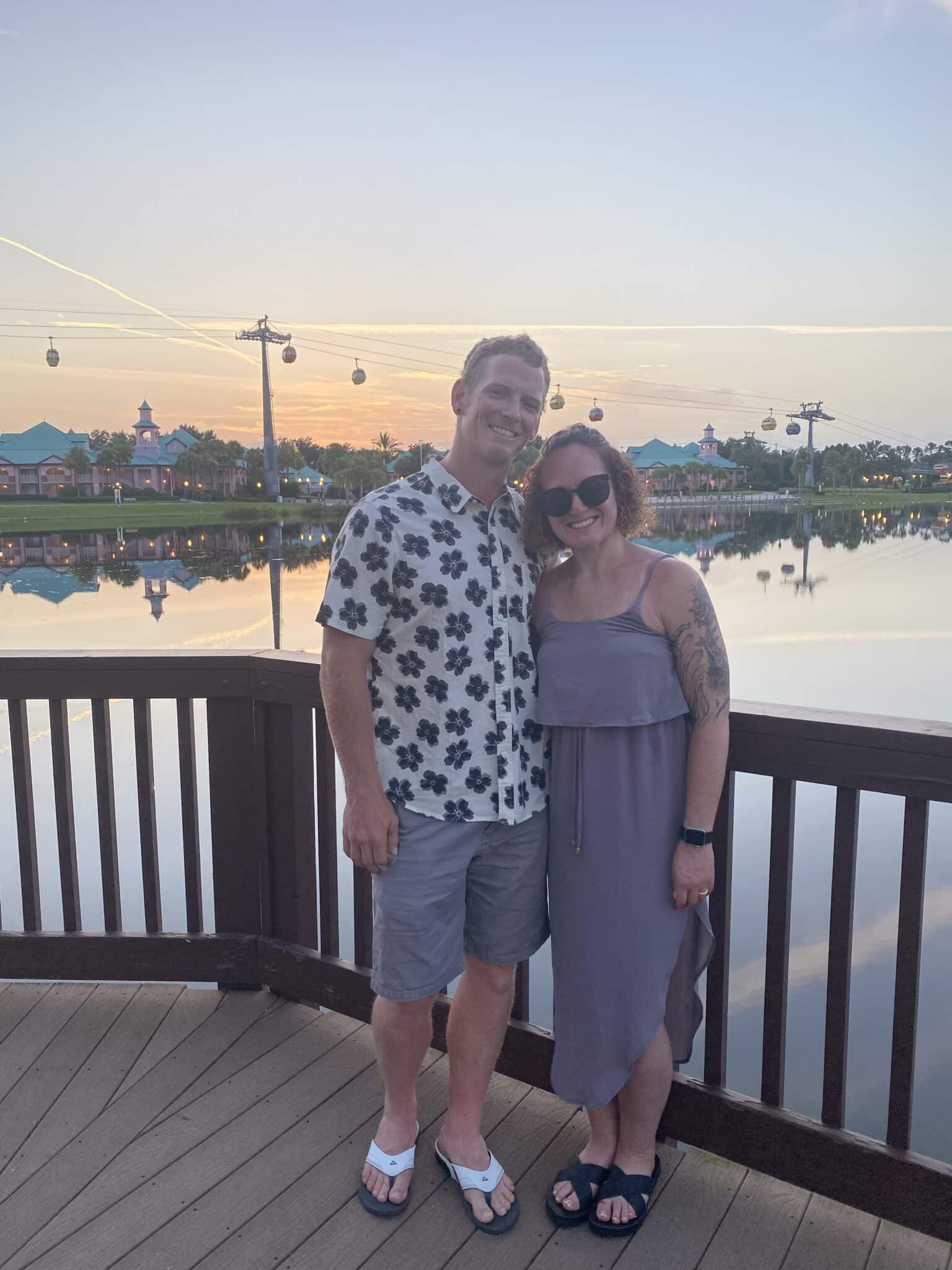